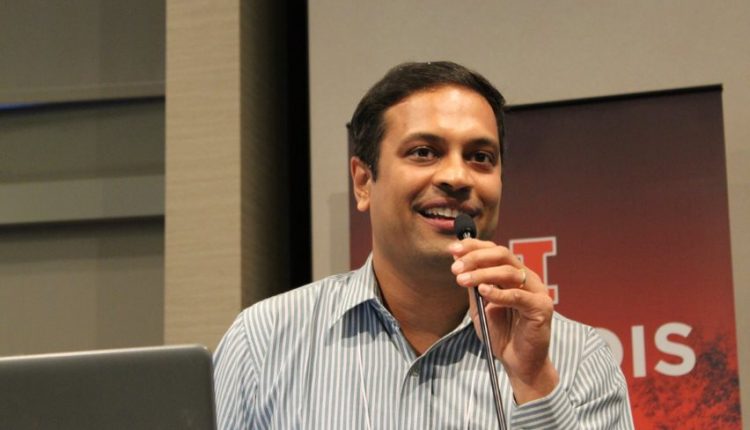 Gandhinagar: In an incredibly proud moment, Prof Atul Dixit, Assistant Professor of Mathematics at the Indian Institute of Technology Gandhinagar (IITGN), has become the first Indian mathematician to win the prestigious Gábor Szegö Prize 2021 awarded by the Society of Industrial and Applied Mathematics (SIAM), USA.

The SIAM Activity Group on Orthogonal Polynomials and Special Functions (SIAG/OPSF) awards the Gábor Szegö Prize every two years to one early-career researcher for outstanding research contributions in the area of orthogonal polynomials and special functions. It is for the first time that this prize has been awarded to an Indian mathematician. Prof Atul Dixit has been selected for this award for his “impressive scientific work in solving problems related to number theory using special functions, in particular related to the work of Ramanujan.”

The prize includes a certificate containing the citation. The award was originally supposed to be presented at the 2021 International Symposium on Orthogonal Polynomials, Special Functions, and Applications (OPSFA16). However, due to the current global scenario of the COVID-19 pandemic, the event has been postponed from July 2021 to July 2022. As a part of the award, Prof Atul Dixit will also be invited at the OPSFA16, to be held at the Centre de Recherches Mathematiques (CRM), Universite de Montreal, Canada, to deliver a plenary lecture at the prestigious event.

Sharing his thoughts on getting this award, Prof Atul Dixit said, “I am deeply humbled to know that the SIAM Activity Group on Orthogonal Polynomials and Special Functions (SIAG/OPSF) has chosen me for the 2021 Gábor Szegö prize. I sincerely thank the SIAM prize committee and SIAM for this recognition of my work. I also thank my recommendation letter writers (Professors Bruce Berndt and Nico Temme) for having trust in my work. Receiving this prize also puts more responsibility on my shoulders to do better research than before, and I hope to live up to the expectations put forth on me by SIAM and other well-wishers.”