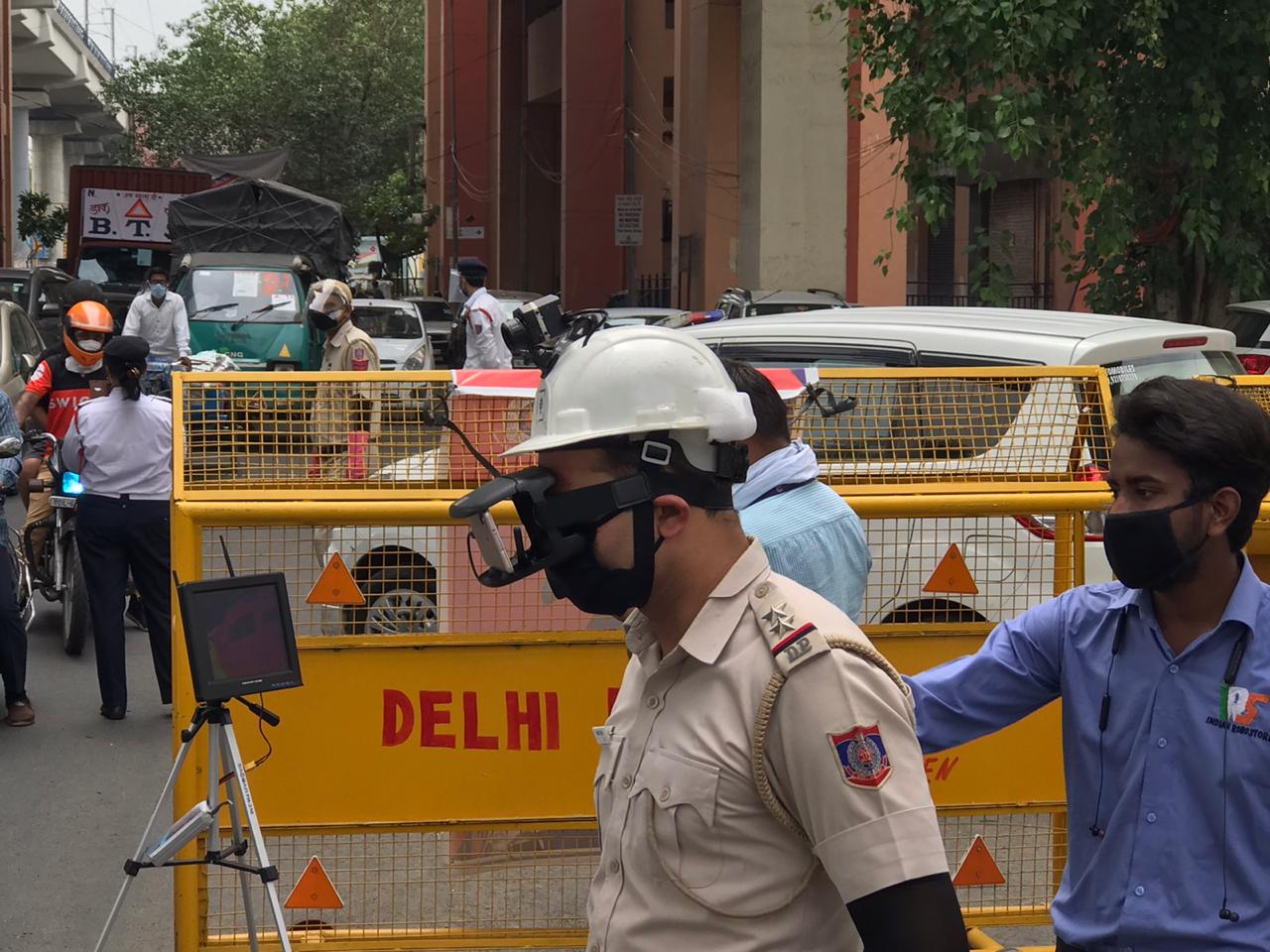 New Delhi: A start-up, Indian Robotics Solution, founded by Sagar Gupta Naugriya has developed and successfully tested a Penta-Performer drone named ‘Thermal Corona Combat Drone- TCCD’ which serves the solution for five problems during COVID-19 outspread, namely Sanitization, Thermal Screening, Announcement, Medication & Surveillance (day & night), simultaneously! The drone has a thermal camera to screen the elavated body temperature from a distance of 10-15 Metres, a day vision camera to see the real image of the personal, a disinfectant tank to sanitize the area when the suspected person is taken away for further tests, a spotlight with a night utility camera, a loudspeaker for giving instructions and a medical box to carry essentials like medicines or portable COVID testing kits.
Explaining the mechanism of the drone, Sagar Gupta Naugriya, Founder, Indian Robotics Solution said the drone has a flight time of 15 minutes with all the 5 utilities working together, but if we remove the sanitization tank, it will fly for 30 minutes which is a conservative figure. He added, the drone’s successful testing was conducted at Majnu ka Tila Basti, 3 Slums in Noida Sector 15-16, Gurugram where over more than 150+ people were screened effectively as a sample size. Now the company is aiming to thermal screening of individuals in Red Zones and Hotspots.
Sagar further added, TCCD can scan over 600 people in 3 hours of flight time. This will help the officials to detect the infected person and take them to for secondary screening. It is also equipped with the loudspeaker for announcing and guiding while screening the people. He added, we have been approached by various governments and health authorities display a huge number of TCCD’s.
We would need executional assistance from the government as well as financial support from VC’s to increase the production of TCCD, as we plan to bolster India’s bid to eradicate the novel corona virus. We also look forward to building a consortium where the Government, private players and technologists can come together under one umbrella to fight the novel corona virus effectively, Sagar said.
Delhi Police Using Thermal Corona Combat Headgear invented by IRS
Indian Robotics Solution Invented Headgear to Scan People’s Temperatures from 10m Distance
Startup Company, Indian Robotics Solution founded by Sagar Naugriya has made India’s first land-to-land thermal detection equipment. It has been named as Thermal Corona Combat Headgear. Now this Headgear is using by Delhi Police which will help them to detect the temperature of a large number of people from a distance. This equipment will help the police personnel to detect a person’s temperature even at a distance of 5-10 meters, thereby ensuring the safety of the frontline warriors and enforcing social distancing. With the help of this equipment, live imagery can also be sent to a centralized control center. Frontline workers can scan people without coming in their close contact in public areas like hospitals, supermarkets and crowded areas.
This equipment has been developed at a time when many frontline warriors like police personnel and healthcare workers have tested positive while fighting the Corona pandemic. Many healthcare workers got infected after coming in close contact with Corona Positive patients during their treatment.

‘Values and character are the corner-stones of great leadership’