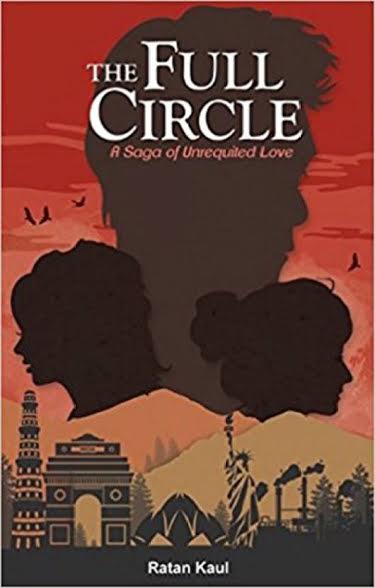 New Delhi: “Romance is the glamour which turns the dust of everyday life into a golden haze”– That’s what Carolyn Heilbrun, the renowned American author, said. This aptly explains why the romance genre of fiction that relates to “one’s deep and strong emotional desires to connect with another person intimately or romantically”, remains immensely a favorite with readers across the globe.

With the romance fiction, the readers try to identify with the characters, become involved with them and find the pleasures as an escape from the struggles in their daily lives. That is where it surpasses other genres of fiction. Besides, it has the entertainment value, which is the prime objective of fiction. In North America, romance novels are considered to be the most popular genre, with a share of over 50% of all paperback books sold. The genre is equally popular in other countries.

In the Indian context, since ancient days people have been inclined towards romance and that has led to abundance of this genre in Indian literature. Centuries ago there were several epic romance writers notable amongst them being Kalidas and Subandhu. The following stanza of Kalidas’s Sanskrit epic Meghdoot, where the Yaksha yearns for his beloved, depicts the intensity of romance:

“O my beloved, gentle breeze from the Himalayas blows from the North, and carries along the sweet sap from the twigs of the trees of deodar. I embrace it lovingly, as it has come from distant lands having perhaps touched thy body first.”

In the later literature, Saratchandra’s Devdas, written originally in Bengali in 1917, and later translated into other languages was the tragic story of an unrequited and doomed love that had so profound impact on the masses that it had to be told repeatedly with the movie adaptations.

Later, the romance genre in the contemporary Hindi fiction was made popular by various writers, the most prominent amongst them being Dharmvir Bharti’s Gunahon Ka Devta, which with its unusualness and the sensitive portrayal of Sudha and Chander touched readers’ hearts.

As far as the English fiction is concerned, earlier we had been enjoying the novels by foreign writers, but of late there have been several prominent authors like Chetan Bhagat (Two States), Durjoy Dutta (If It’s Not Forever, It’s Not Love), Truly Madly Deeply – Faraaz Kazi and others. Indian romance novels have a huge following and some have been picked up for movie production.

Lately some subgenres of romance like contemporary romance, historical romance, paranormal romance and young adult romance have evolved and it is expected that the Indian authors will continue to enrich these subgenre by their writings.

Irrespective of the changing life patterns, relationships of romance and love will remain as the essence of society. So, the romance fiction, which titillates, sends an aura of pleasure, brings tears, and touches the chords of hearts will continue to be written to entertain readers and bring succour to their parched lives.
Romance fiction will dominate the fiction scene in India and continue to captivate the readers. Till eternity.

*Ratan Kaul is the author of two romance novels,”The Full Circle” and “Wings of Freedom” (amazon.in)