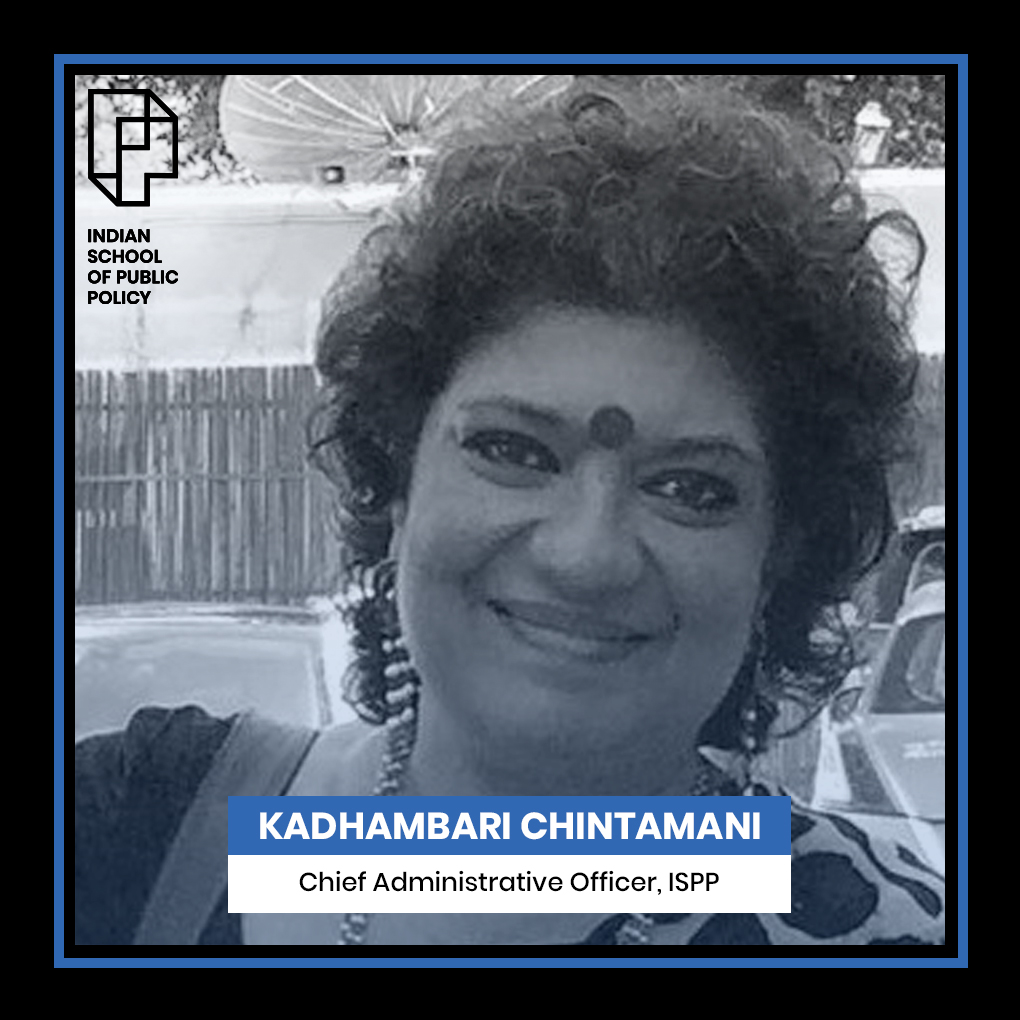 The Indian School of Public Policy (ISPP) is pleased to announce the appointment of Kadhambari Chintamani as Chief Administrative Officer. Ms Chintamani brings strong leadership, communications and administrative skills to ISPP. She will work closely with Dean Shubhashis Gangopadhyay and the co-founders to seamlessly bring together all departments and help build an outstanding global Public Policy School.

Kadhambari Chintamani has worked in the media space for 30 years. She has worked with India’s premier television production houses – with Moving Pictures, Mudra News & Features, NDTV and Television Bazaar, a division of Ananda Bazaar Patrika).

Strongly entrepreneurial, she founded INTV in 1996, and led her team into building the company into a well-known name in the documentary film and current affairs programme production business. As Executive Producer, she has supervised the production of a range of programming across channels, including Doordarshan, BBC World, History Channel and Star TV.

She won the prestigious National Award for a documentary film titled THE LIJJAT SISTERHOOD in 2005, made for PSBT.

Ms Chintamani’s core professional interests have always been Economic and Social Development. She understands the Public Policy space, both through the work done for the Development Sector, and having run many Business and Economic shows for Television – including India’s top daily Business show Business Breakfast, anchored by Jairam Ramesh, Crossfire an economic debate show, anchored by Dr Shubhashis Gangopadhyay, Sanjaya Baru, Dr Omkar Goswami and others and The Railway Budget Live and Union Budget Live, in association with Doordarshan.

Dr Parth Shah and Luis Miranda, Co-Founders of ISPP, said, “We are extremely excited to have Kadhambari Chintamani join us. She brings with her a very high level of energy, a transformational entrepreneurial attitude and a set of collaborative skills which will help our scholars get so much more out of their ISPP experience.”