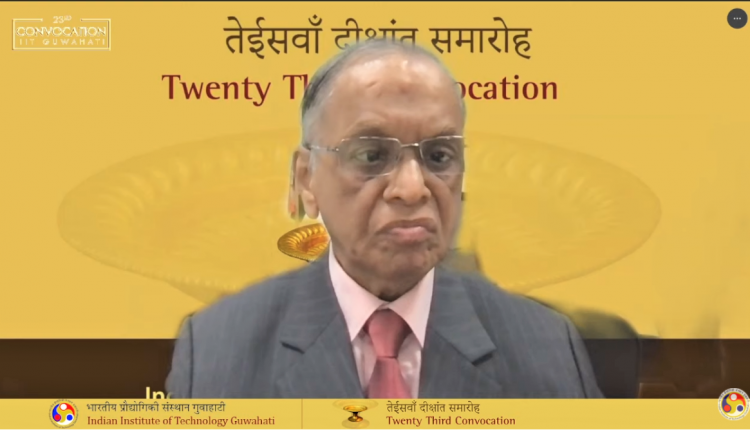 New Delhi : Indian Sellers Collective, a non-governmental trade association committed to bringing to the fore the voices of micro and small enterprises and family businesses across India has thanked Mr. NR Narayana Murthy for deciding to walk away from the 74:26 joint venture with Amazon for Prione Business Services. Prione is the parent company of Cloudtail India Private Limited which is the largest seller on the Amazon India platform. It is jointly owned by Mr. Murthy led Catamaran Ventures and Amazon.

In July, India Seller’s Collective had written an open letter to Mr. Murthy exhorting him to walk away from the unholy alliance with Amazon.  The decision of Mr. Murthy to exit from the JV took place within two weeks of the letter.

Appealing to Mr. Murthy to join the cause of ten crore retailers whose livelihood depends on their small shops and micro establishments, the open letter urged him to cooperate in the Competition Commission of India’s antitrust probe against Amazon for alleged anti-competitive practices. It said that this is the opportunity for him to correct the historical wrong that Amazon has inflicted on the country’s small retailers.

The letter further highlighted that as the principal seller on Amazon, Cloudtail earned a whopping total of Rs 39,043 crore between FY14 and FY20. It asserted that this is rightly the revenue that has been stolen from small sellers and retailers and the margins/profit from this sale which amounts to Rs 5856.45 crore should be deposited in the Small Sellers Covid Relief Fund. The fund supports families of small sellers and retailers, who have either lost their sole earning member during the pandemic or have been ravaged by the deep discounting tactics of Amazon.

Explaining the letter Mr. Abhay Raj Mishra, President, Public Response Against Helplessness and Action for Redressal (PRAHAR) and Member Indian Sellers Collective said, “Mr. Murthy’s decision to walk out of the joint venture is a step in the right direction. It will boost our fight against erring e-commerce marketplaces that have little regard for the law of the land. He should now set a precedent for the future by extending all support to the Competition Commission of India which is probing the unethical practices of Amazon.”

AIOVA spokesperson stated, “Mr. NR Narayana Murthy is our tallest corporate stalwart and it is heartening to see him disassociate himself from an alliance with Amazon that is not in the interest of the nation and its people. Together they owe repatriation to sellers for the fee subsidy provided to certain sellers at the cost of other sellers. They should correct this historical wrong inflicted on sellers by depositing the profit earned by Cloudtail India between FY14 to FY20 to Small Sellers Covid Relief fund.”

Dr. PM Ganeshraam, Chief Founder Patron, AICPDF added, “Mr. Murthy’s decision to part ways with Amazon is a positive development in the context of the fight against e-commerce marketplaces that have been openly flouting e-commerce laws. It is a collective win for everyone who worked for the cause of hapless small retailers. We must not let our guard down and allow Amazon to replace Catamaran with another JV partner for Cloudtail India.”

Expressing delight over the development, Shriram Baxi, General Secretary, Federation of All India Distributors Associations (FAIDA) said,” Mr. Murthy deserves kudos for taking the bold step to exit the joint venture which is in the larger interest of the nation. He should now take the lead with his soon-to-be erstwhile partner Amazon to return the profit they owe to small retailers on the humanitarian ground.”