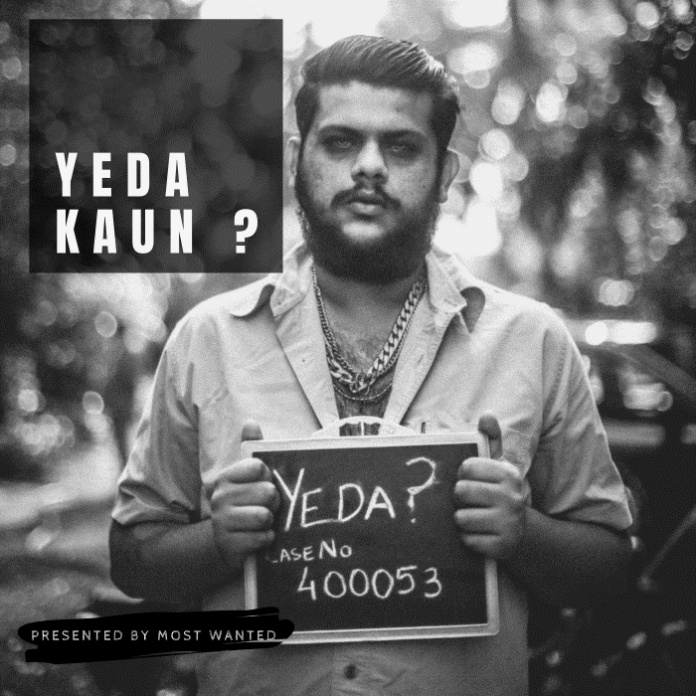 The entire album was accomplished from start to finish in the midst of a pandemic and the album title is Yeda Anna’s hilarious play on his own popularity. Each of the eight tracks are unique and express an aspect of the rapper’s life and experiences. The album releases with an animated and visually captivating music video for the track ‘Game Over’ The music video has a powerful video game vibe to it as well.

The journey begins with the track that inspired the album’s name- ‘Yeda Kaun’ that express’s the rapper’s identity. ‘Kyun Kiya Maine Date’ is about his relationship and how being an Indian rapper is not all glitz and glamour that’s shown in most rap music videos.

The track ‘Meri Maa’ is a special tribute that details the story of a Transgender mother. In ‘DhokeBaaz’, Yeda Anna calls out the phonies in his life and ‘Chalte Hum Chudh Mein’ is a tribute to where he is from and his life. ‘Laga Lockdown’ expresses the plight of the lockdown and the pandemic we are all in. The album ends with the fast-paced track ‘Game Over’, a hard-hitting finale to his debut album.

Speaking about the album and the association with Most Wanted Records, Mr. Shantanu Pujari, Executive VP, Most Wanted Records shares, “Yeda Anna is India’s best freestyle rapper. I’ve known him for many years and it’s an honour to have him under Most Wanted Records and that I’m getting to execute his debut album. He is exactly like his name, crazy with every aspect such as his flow, voice, delivery and over all persona! I’m happy that now everyone can experience his music with this debut!”

Commenting on the release of the album and his career, rapper Yeda Anna shares, “I feel very fortunate and thankful that Yeda Kaun is out. The entire album was created from start to finish during the lockdown because of the pandemic. It was a labour of love by me and my fellow artist friend Khullar G. I’m very proud that its finally out and grateful for this opportunity to release my debut album.”

Signed on to Most Wanted Records in September 2020, Yeda Anna first came into the scene nine years ago for his freestyle rapping skills at events and live gigs. His popularity grew with 50+ stage performances, hosting one of India’s first Hindi podcasts that featured artists from Gully Boy and many respected rappers from the Indian underground music scene.

We’re sure that post the release, Yeda Kaun? will definitely be a question no longer asked!

Great Learning to host a webinar on “Cloud Computing: Applications in Healthcare and career prospects” on August 8