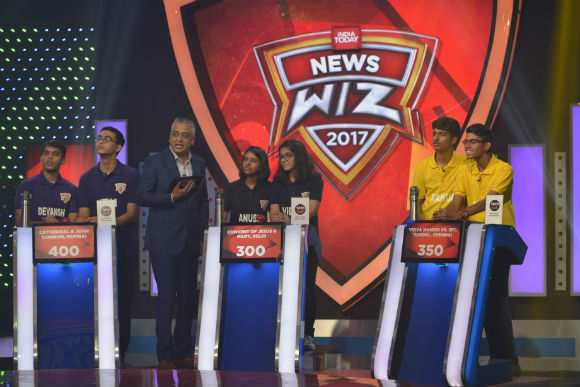 This second season has doubled the outreach, with more than 500 schools participating along with interactions on digital popular platforms like facebook and twitter! News Wiz reached out to tens of thousands of students across mediums, from all over the country right from city of Srinagar in J&K up to – Kavaratti in Lakshwadeep. Young, bright and effervescent girls & boys of classes IX –XII formed teams, registered & after going through levels of tests, the top teams from across the country will now be vying for the top honors.

High energy ground activations across schools will be under the main theme “If your knowledge is Sound, Make the Noise”. News Wiz is going to the schools with Buzzers in place giving it in totality, a real feel of News Wiz 2017.

Commenting on the announcement, Ms. Kalli Purie, Group Editorial Director (Broadcast & New Media), India Today Group said, “Post the huge success of Season 1 of News Wiz, we are excited and thrilled to announce the launch of another season with greater action and zeal. Young minds of the nation will be encouraged to learn more about news and connect with it on a much larger scale with return of News Wiz 2017.”

Commenting on the announcement, Mr. Siddhartha Basu, Director, Tree of Knowledge.com Pvt. Ltd – “News wiz is not just the first and only news quiz in the country, it’s also at this time the only nationwide inter-school quiz on TV. Over the next quarter, viewers can look forward to keen competition among the best and brightest young minds from schools across the country”

This season of News Wiz will have exciting prizes for runner ups including laptops and printers including a special bumper prize for the ones who will become this year’s News Wiz 2017. The telecast times are Saturday 8pm and the repeat will be on Sunday at 10 am and 10 pm.