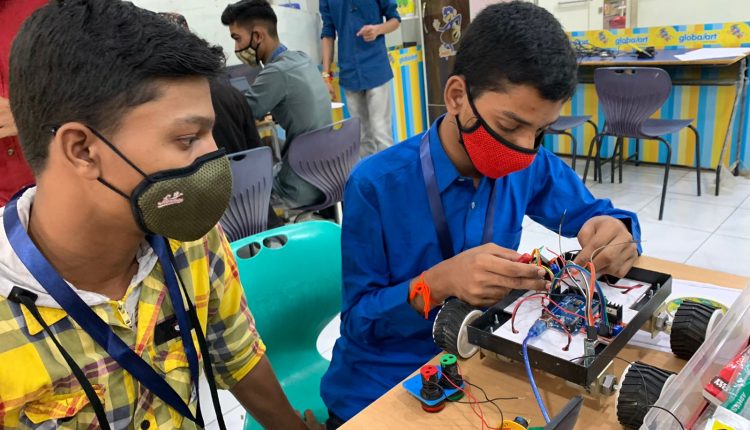 IndiaSkills Competition to be held in Maharashtra

New Delhi: On the lines of the ‘WorldSkills Competition,’ popularly known as the ‘Olympics of Skills’ being hosted in Sanghai in 2022, the final rounds of state level IndiaSkills competition will be held in Maharashtra from 3rd – 5th September. A total of 350 candidates were selected for the State-level competition and are currently undergoing zonal rounds. State-level winners will be then trained to participate at the National Level and winners will represent India in the worldSkills Competition.
IndiaSkills 2021 state skill competition began in Maharashtra on 17th August. More than 3600 youth from 36 districts competed in 47 skills in Round-1. Round-2 was organized on 23rd & 24th August.
Nearly 100 finalists from Maharashtra will get a chance to represent the state at the IndiaSkills 2021 Regionals in September-October and further at the IndiaSkills National Competition in December 2021.
Maharashtra State Skill Development Society (MSSDS), a nodal agency for implementing the skilling initiatives in the state, under the guidance of the Skill Development, Employment and Entrepreneurship Department, Maharashtra, is organizing District, Zonal & State Level Skill Competitions in 47 skills in 15 high economic growth sectors. These skill competitions have been organised in skill trades such as Floristry, Print Media Technology, Landscape Gardening, Industrial Control, Aircraft Maintenance, IT, Agriculture among others. Nearly 22,000 registered for this competition.
The equivalent of Olympics in skills, WorldSkills is the world championships of vocational skills, and is held every two years in different parts of the world. The next edition of WorldSkills International is scheduled to be held in October 2022 in Shanghai, China wherein 60+ countries are expected to participate.
IndiaSkills Competitions are organized by the National Skill Development Corporation (NSDC) an apex skill development organisation working under the aegis of the Ministry of Skill Development and Entrepreneurship (MSDE). Last time, during the WorldSkills International 2019, which was held in Kazan, Russia, India won one gold, one silver, two bronze and 15 Medallions of Excellence at the biggest competition for skills. India ranked 13th among 63 countries.
Previously, skill champions from Maharashtra have made exemplary mark at IndiaSkills and WorldSkills Championships. Some of these champions are:
– Neha Chande, an arts graduate from Mumbai, won a Gold at world skills Oceania international New Zealand 2015, a Gold at Mumbai 2015, and a Medallion of Excellence at WorldSkills Sao Paolo in 2015 in Beauty Therapy, is a successful Entrepreneur and Founder of two companies Indian School of Beauty and Amygdala.
– Gajanan Gayakwad represented India at WorldSkills Leipzing in 2013 in CNC Milling, is now a Production Team Leader at Tata Advanced Systems in Hyderabad

Government of Maharashtra partners with Khan Academy to…

EdelGive Foundation and FICCI in collaboration with the…

– Sachin Bhojling Narale, exhibited his skills in Welding and won a Medallion of Excellence at WorldSkills Abu Dhabi in 2017. He is a Skill Excellence and Team Leader at Mahindra & Mahindra.

– Varsha Pawale from Pune competed in Mechatronics at WorldSkills Sao Paolo 2015. She is currently working as a Quality Engineer / Senior Officer at Skoda Auto Volkswagen India Pvt Ltd.
– Simoul Alva, won a Medallion of Excellence in Graphic Design Technology at WorldSkills Abu Dhabi 2017. She is a visual designer, art director and illustrator based in New York.

Utrecht University: Large difference in role of iron between oceans near Greenland and Antarctica

FLAME University organizes discussions around women and work, on International…