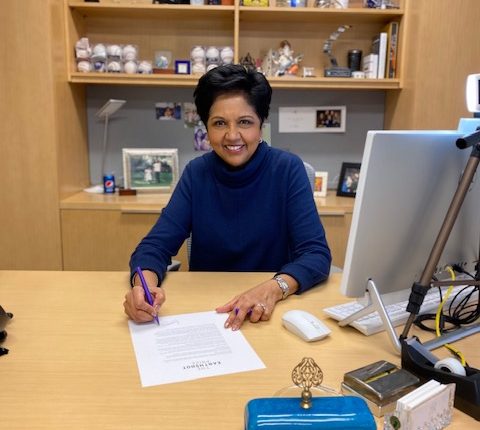 Members of the Earthshot Prize Council mark Earth Day with an open letter calling for the world to ‘Give the Earth a shot’ and unite to tackle the climate emergency – just as it has in the face of COVID-19
Signatories include Prince William, Cate Blanchett, Christiana Figueres, and Shakira Mebarak as experts warn of a critical next decade before damage to Earth becomes irreversible

An open letter signed by Members of the Earthshot Prize Council today calls on people across the world to unite in tackling the climate crisis before it’s too late. Released to mark Earth Day, the letter’s distinguished list of signatories include:

In the letter the group refers to the threat facing the Earth as “the most pressing challenge in human history” and warns of the broad consensus among experts that action on climate change must happen within the next decade before damage becomes irreversible. Yet it also cites the global efforts to fight COVID-19 as evidence of what is possible when the world pulls together in the face of a common threat. Referencing the unprecedented global efforts to develop vaccines as well as individual actions by people around the world in support of the greater good, the letter calls for the same spirit of innovation and determination to be applied to the climate emergency.

The signatories are part of the Earthshot Prize Council, a global team of influential individuals from a wide range of sectors, all of whom are committed to championing action to repair the planet. The Prize Council supports the Earthshot Prize, a global environmental award announced last year and inspired by President Kennedy’s ‘Moonshot’, which aims to discover and scale solutions in five key areas of waste, oceans, air pollution, nature and climate.

Every year for the next decade, Members of the Earthshot Prize Council will choose five winners to award the Earthshot Prize for the most viable solutions to the biggest environmental challenges facing our planet. Winners will receive tailored support to develop their solution along with a £1 million prize fund to scale the project and achieve their ambition to change the world.

Indra Nooyi said: “This is a critical year for environmental issues and moving the agenda forward. We’re at an extraordinary point and we urgently need to galvanize action in both the private sector and wider society to achieve the progress so desperately needed. No one sector can do this by themselves. But the good news is the tools, technologies and ideas are already out there – we just need to identify and scale them. Through projects like the Earthshot Prize and by using moments like Earth Day to remind everyone of what’s possible when we all come together, stopping the climate emergency should be a constant focus which we endeavor to advance every day.”

Hindou Oumarou Ibrahim, who will be speaking at today’s Leaders’ Summit on Climate hosted by President Biden in Washington, DC, said: “One year since the COVID global crisis began, it is now clear that the health of our societies relies on the health of our planet. Yet, we still lack sufficient ambition to end the climate crisis and stop biodiversity loss. For centuries, Indigenous peoples have been living in harmony with nature and protecting the ecosystems that sustain them. They know that cooperating with Mother Earth is the only way toward inclusive and fair societies. This Earth Day, I’m proud to work with the Earthshot Prize to identify innovative solutions that can help us build a green recovery that does not leave anyone behind.”