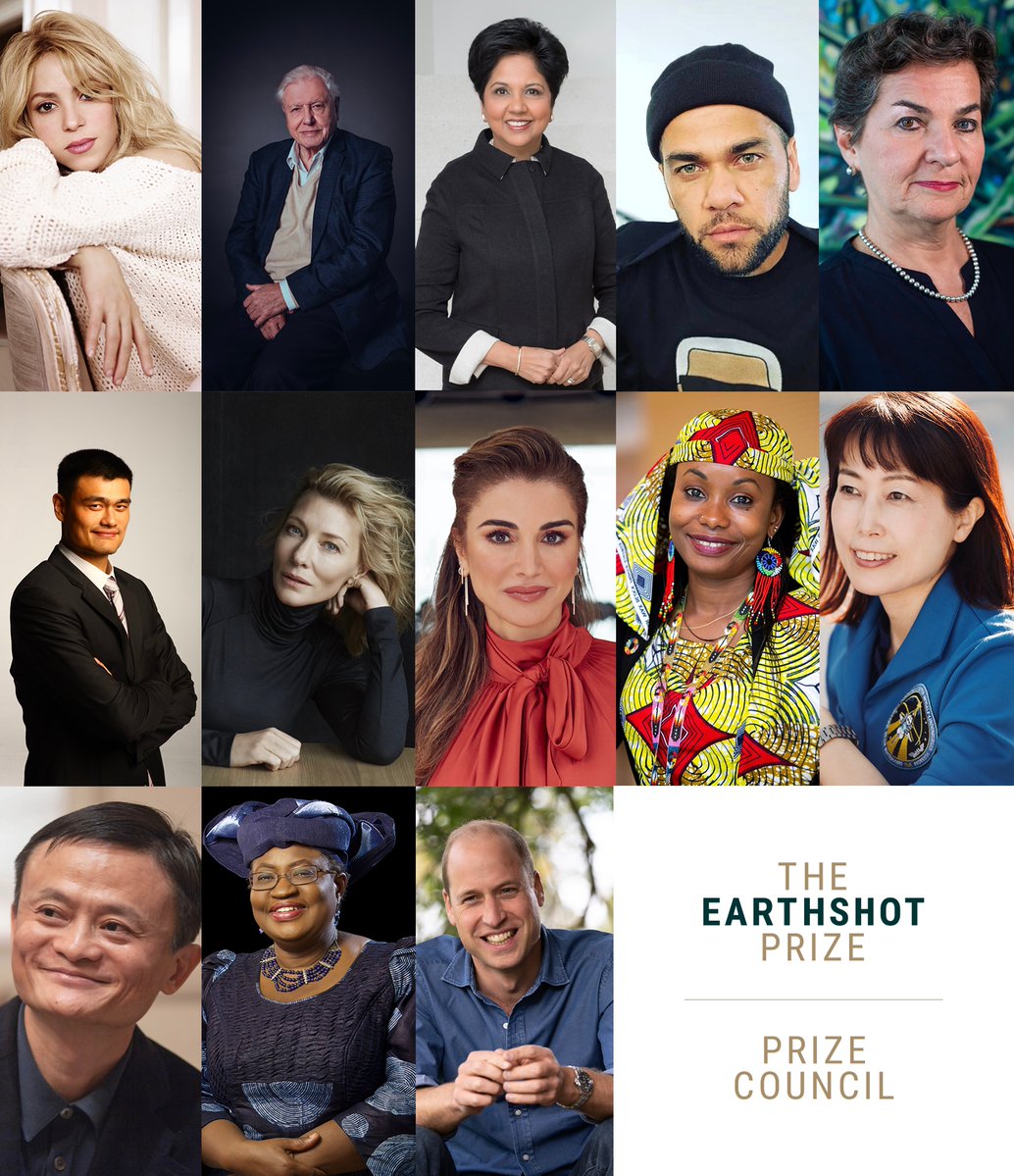 Indra Nooyi, business executive and former Chairman & CEO of PepsiCo, will join Prince William as a member of the prestigious Earthshot Prize Council

A global team of high-profile leaders from the environmental, philanthropic, business, sporting and entertainment worlds have joined Prince William as members of The Earthshot Prize Council.

The Earthshot Prize, is the most prestigious global environment prize in history and aims to incentivise change and help to repair our planet over the next 10 years. The £50 million prize will provide at least 50 solutions to the world’s greatest environmental problems by 2030. Taking inspiration from President John F. Kennedy’s Moonshot which united millions of people around an organising goal to put man on the moon and catalysed the development of new technology in the 1960s, The Earthshot Prize is centred around five ‘Earthshots’ – simple but ambitious goals for our planet which if achieved by 2030 will improve life for us all, for generations to come.

In the coming months, further members of The Earthshot Prize Council will be announced as the global coalition supporting the Prize expands.

FAO and Wageningen University and Research in the…

A distinguished panel of experts will support the judging process, making recommendations to the Prize Council who will select the final winners. The Prize could be awarded to a wide range of individuals, teams or collaborations – scientists, activists, economists, leaders, governments, banks, businesses, cities, and countries – anyone who is making a substantial development or outstanding contribution to solving these environmental challenges. Each winner will receive a one million-pound reward that will be used to support agreed environmental and conservation projects as well as large-scale public recognition and significant support to scale their solution.

To mark the launch of the Prize, a short film has been released which sees Prince William and Sir David Attenborough together at Kensington Palace, speaking about their passion for the environment and the critical role that The Earthshot Prize can play in repairing our planet over the next ten years. The film also features each of the 11 other announced members of The Earthshot Prize Council, who explain their motivations for becoming involved in The Earthshot Prize and the differing environmental challenges faced globally. The film can be viewed at www.earthshotprize.org.

Over the course of the next decade, The Earthshot Prize will find and highlight the most inspiring solutions to the world’s greatest challenges. But the Prize is about much more than awarding achievement – it is a decade of action to convene the environmental world with funders, businesses and individuals to maximise impact and take solutions to scale, to celebrate the people and places driving change; and to inspire people all over the world to work together to repair the planet.