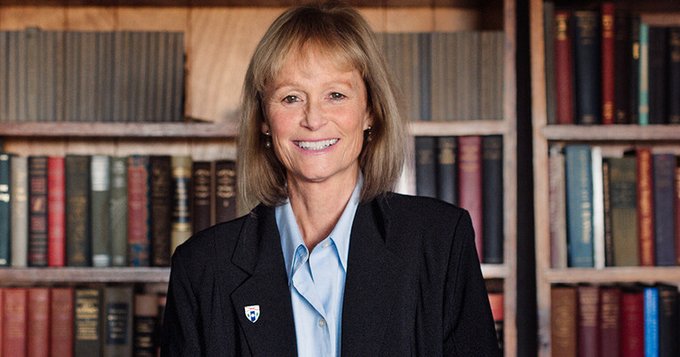 Indy Burke reappointed dean of Yale School of the Environment

Indy Burke, the Carl W. Knobloch Jr. Dean at the Yale School of the Environment, has been reappointed for a second term, President Peter Salovey announced last week. Her second five-year term will begin July 1.

Burke, an accomplished ecosystem ecologist and biogeochemist, became the first female dean in the school’s 116-year history when she was appointed in 2016.

“From the very beginning, she set out to build on the school’s preeminence in education and research and its legacy of public service and environmental stewardship,” Salovey said. “She engaged with faculty, staff, students, and alumni in creating a school-wide strategic plan, which has served as the cornerstone for her work so far.”

The fruits of that work include a significant increase in the excellence and diversity of the faculty and student body and the creation of the school’s Office of Community and Inclusion. The strategic plan also helped motivate a change in the school’s name, from the Yale School of Forestry & Environmental Studies to the Yale School of the Environment, in 2020, following a long and deliberative process that incorporated input from faculty, students, alumni, and other critical stakeholders.

Faculty and staff praised Burke for championing nonpartisan solutions to environmental challenges and for being committed not only to creating knowledge but also to informing cutting-edge policy and practice, said Salovey. She galvanized the formation of new, multidisciplinary partnerships for the school, including the creation of the Leitner Awards for Uncommon Environmental Collaboration, a program the promotes collaborations for environmental teaching and research across the Yale campus. And most recently, she worked with leaders across the university to establish the Center for Natural Carbon Capture, which is funded by FedEx.

Burke’s work has focused on carbon and nitrogen cycling in semi-arid rangeland ecosystems and the effects of land management and climate variability on these systems.