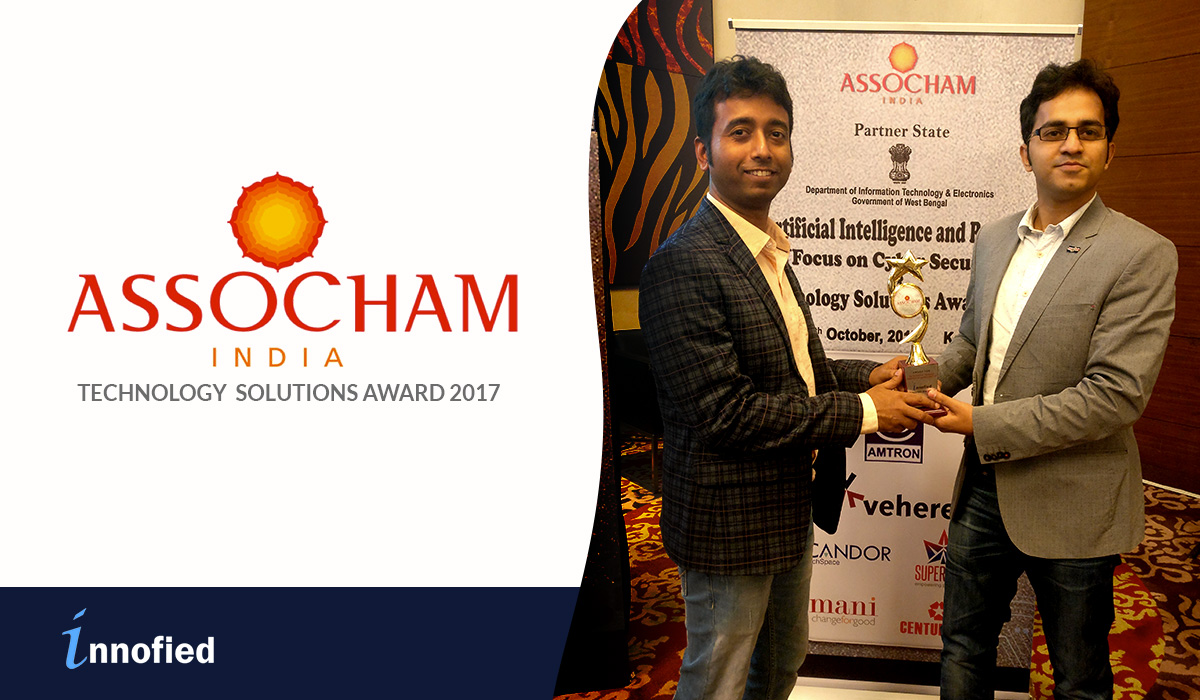 And the journey of gathering appreciation began this year by winning Engage Digital Award of Excellence 2017. However, for Innofied sky is the limit. And yet again they bagged an award for AllRide Apps. Innofied Solution Pvt Ltd, a leading web and mobile app development company in Eastern India was honored with ASSOCHAM​ ​Technology​ ​Solution​ ​Excellence​ ​Award​ ​on​ ​27th​ ​October​ ​at Swissotel,​ ​Kolkata​. The hard works and efforts has paid finally. Thanks to Associated Chambers of Commerce and Industry of India for considering Innofied Solution eligible for this
award. Innofied takes pride in announcing their victory for providing great services, the best quality, and flawless support to the transportation industry.

Innofied won the award for the category Excellence​ ​in​ ​Product​ ​Innovation​ ​among​ ​Start-Ups. This award recognized Innofied’s contribution to the field of technology. Popular brands like State Bank of India, Yes Bank has also won awards in various other categories. The parameter which they considered choosing the winners are business operations and the future prospects. Mr. Swarnendu De, Co-Founder of Innofied Solution said, “ It was a great honor indeed, since this was the second time in the year that AllRide Apps was receiving an appreciation. This
proves that we are successful in contributing something great to the industry.”

It was a great day and big honor for Innofied to accept this award in person. Swarnendu De and Sandip Saha, Innofied’s CEO and CoFounders received the award from​ ​Mr.​ ​Masayuki​ ​Taga, Consul​ ​General​ ​of​ ​Japan​ ​in​ ​Kolkata​ along with Ms​ ​Perminder​ ​Jeet​ ​Kaur,​ ​Director​ ​Eastern Region. Whereas Sandip Saha, CEO and Co-Founder of Innofied remarked that, “ Contributing to technology has been one of the eminent target for Innofied since its inception. And winning this award further affirms it. Our hard work has paid.”
Innofied Solution has built more than 350+ Apps with the help of 100+ Mobile & Web experts.
They are into web development, native and cross-platform app development and is currently providing on-demand solution to health, education, food & restaurant, salon, transport, laundry and more other services.
Leading business giants like ARC, Greenply, Max International, rising startups including Cordial, Octopull, Tribeca Care has extended their support and have congratulated the team on every success.

iednewsdesk Jan 25, 2022
Marica Vilcek, chair of the NYU Institute of Fine Arts’ Board of Trustees, is pleased to announce the addition of…