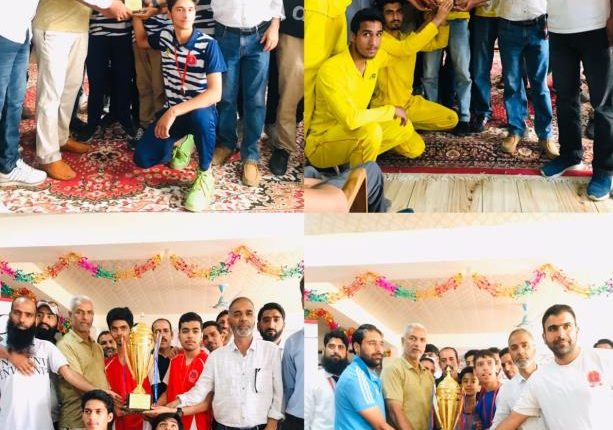 The concluding ceremony was conducted under the guidance and leadership of DYSSO Shopianm, Syed Noor Ul Haq and the Incharge Activity Riyaz Ahmad Wachkoo.

In the U-17 Chess competition, District Srinagar emerged as a Winner. Second position was bagged by District Anantnag and the 3rd position by District Budgam.

Similarly, in U-19 Chess competition, District Bandipora emerged as winner thereby, 2nd position was obtained by District Anantnag and the 3rd position by District Budgam.

At the culmination ceremony, trophies were presented to all the champion districts by the DYSSO Shopian.