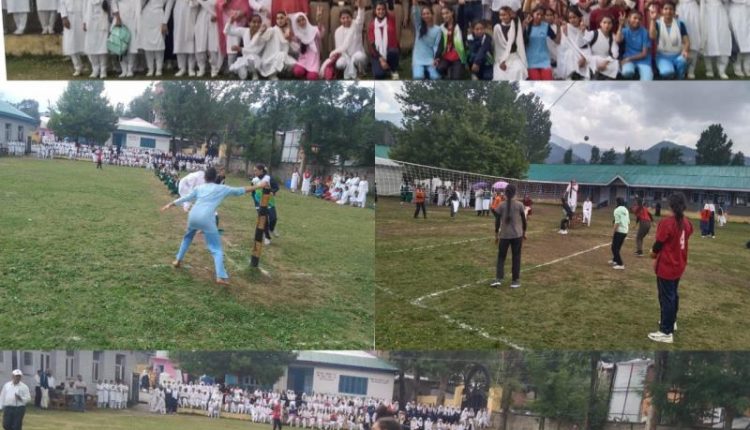 The matches were played in the disciplines of Volleyball, Kabaddi, Kho-Kho, Chess, Carrom, and Athletics Under All Age Groups.

The Chief Guest Bharat Bushan appreciated the Department of Youth Services and Sports for organizing the Competition in the institution, which would motivate other girls to take part in games.

The selected players would participate in the District Level inter Zonal Tournament to be held at District Head Quarter Doda.

The U-17 Volleyball final was won by GHSS Chinta by defeating GHSS Girls Bhaderwah.

The Kho Kho was won by GHS MANTHALA by beating GHS Nichla Thara and the Carrom final was won by Irtiaz by defeating Muskan.

The U 14 Carrom was won by Reviza Banoo of GMS Puneja by defeating Khusboo of GMS Masjid, and the Chess final was clinched by Gunyan Bharthi of GMS Mandir by defeating Hadiqa Rasool of GHS Manthala.