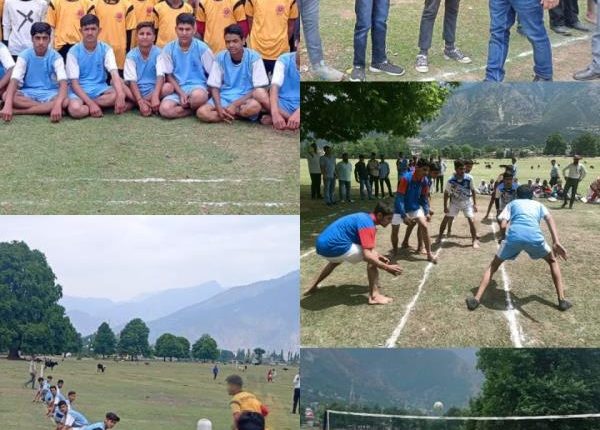 The tournament was declared open by the District Youth Services & Sports officer Kharati Lal Sharma, the chief guest of the inaugural function.

The school Teams selected in intramural tournaments held earlier within the four walls of schools, are participating in the tournament.

A huge gathering of sports lovers, players and sports officials were present on the occasion.

In his inaugural address, the Chief Guest encouraged the youth of the district to showcase their talent in their favourite games.

The DYSSO advised the players to work hard which is key to success.

The inaugural Kho-Kho match started soon after flipping the coin up for toss by the chief guest and was played between GHSS boys Kishtwar and GHSS Trigam.

Besides, a Kabaddi match was also played between GHSS Filler and GHSS Pochhal, Volleyball match between GHSS boys and GHSS Trigam. Rope skipping and Tug of War matches were also held on the occasion.