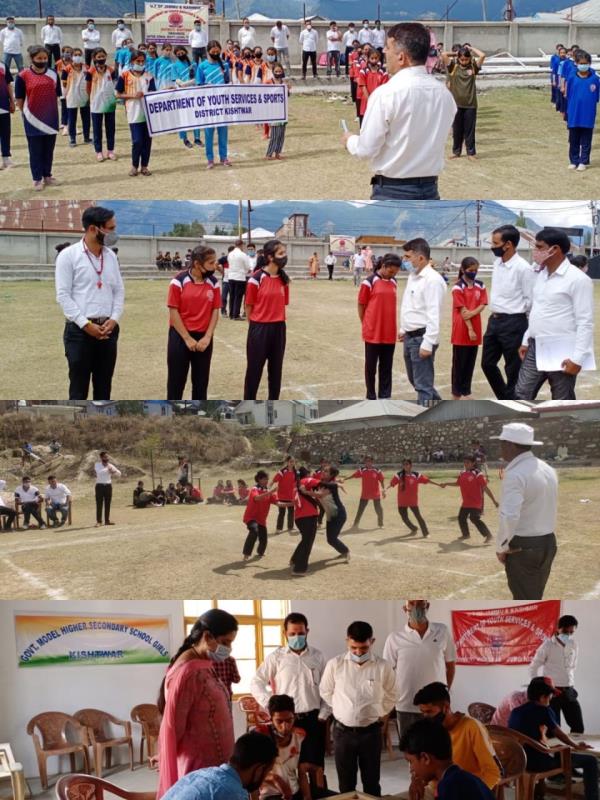 KISHTWAR : Girl teams of all age groups of zone Padder, Kishtwar, Drabshhalla, Nagseni today marked their enthusiastic participation in Kabbadi matches which were played here as part of the Inter Zonal District Level Tournament being conducted by the Youth Services and Sports Department.

Players evinced great excitement and demonstrated high spirits. Interacting with the Chief Guest, the players gave full credit to their parents and the sports teacher for encouraging them to participate in inter Zonal district level tournament and hoped that they will compete with the teams at UT level competitions also.

The DYSSO encouraged the players and assured them to extend all prescribed facilities .

In the U 14 category, zone Padder won the final match by defeating Drabshalla, while zone Drabshhalla beat Zone Padder in the U 17 category and Zone Kishtwar bagged the Ist position in U 19 .

In carrom for U/17 boys, zone Kishtwar won the final by defeating Padder by 5 points.