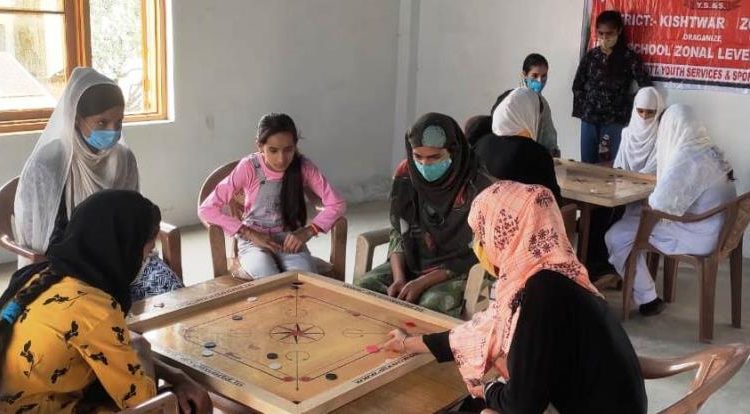 KISHTWAR : Inter School Zonal level Chess and Carrom tournaments being held for boys and girls in district Kishtwar are witnessing enthusiastic participation. The boys & girls matches are being played at different Zones under the supervision of the Department of Youth Services and Sports.

After the completion of U/17 & U/19 chess and carrom matches, U/14 girls from different schools took part in Carrom matches, while U14 boys played Chess as per the guidelines.