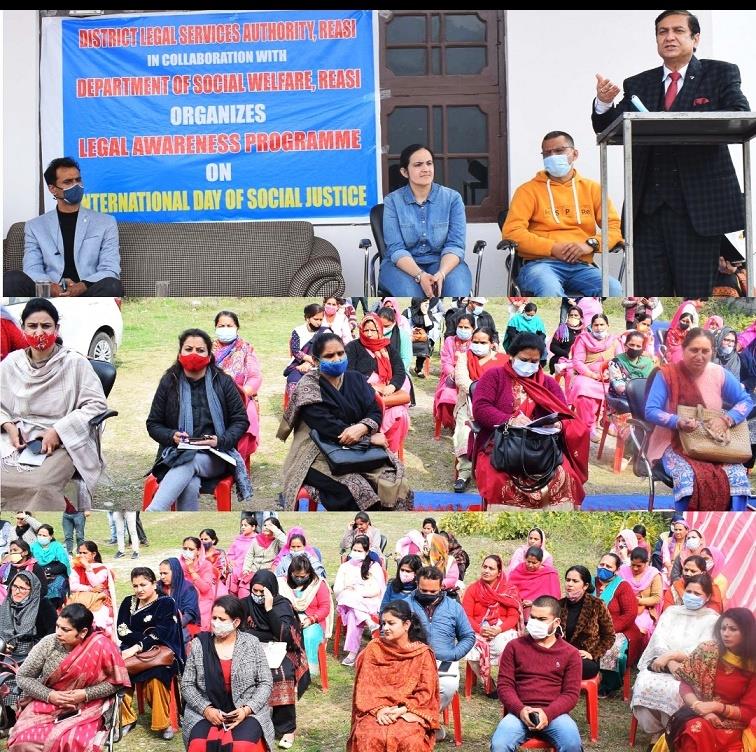 The theme of this year’s World Social Justice Day is social justice in the digital economy.

In his address, the Chairman DLSA threw light on the importance of the Day in detail and made the participants aware about the importance of Social Justice. He also stressed upon the need to promote social justice and urged upon the participants and the public to make efforts to address issues such as poverty, exclusion, gender inequality, unemployment, human rights, and social protections.

Monika Sharma, Women Welfare Officer and District Coordinators of District Level Centre for women under Mahila Shakti Kendra, also imparted awareness regarding the role of DLCW to promote social justice in the society by implementing the Government Schemes and programmes for the welfare and empowerment of rural women.

The speakers also underlined the need for promotion of gender equality and other rights of the people.