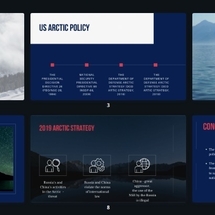 International students at a scientific conference in English

Fourth-year bachelors Yana Stepanova, Irina Bogdanova and Kirill Kalyanov (direction of study “International Relations”) took part in the annual student scientific-practical conference “WeSpeakLegalEnglish, German, Spanish, French, Chinese”, organized by the RUDN Law Institute.
The event has been held annually since 2011 and is traditionally dedicated to the discussion of legal translation, professional ethics and foreign language communication in the field of international law, as well as the relationship between language and law. This year, due to the difficult epidemiological situation, the conference was held in a remote format.

Peoples’ Friendship University of Russia and PetrSU have long-standing fruitful relations. Cooperation between the Department of Foreign Languages ​​of the Law Institute of the RUDN University and the Department of Foreign Languages ​​in the Humanities of PetrSU (KIYAGN PetrSU) began even before Petrozavodsk State University became the flagship university of the Republic of Karelia. This time the students of IIPSN under the guidance of Art. Rev. A. V. KIYAGN Ananyina prepared two reports in English: “Language of the Official Documents as the Reflection of the US Arctic Policy” and “Difficulties in Translating the Names of Legal Professions: The Term Lawer “. Abstracts of speeches will be published in the collection of conference materials.

The heads of the conference sections highly appreciated the performances of Yana, Irina and Kirill and invited PetrSU students to take part in the annual spring conference “Language. Culture.Translation”. Our participants, for their part, noted the high requirements for the content of the reports and the design of abstracts, the friendly atmosphere of the conference and the level of organization of such a massive event in a remote format.