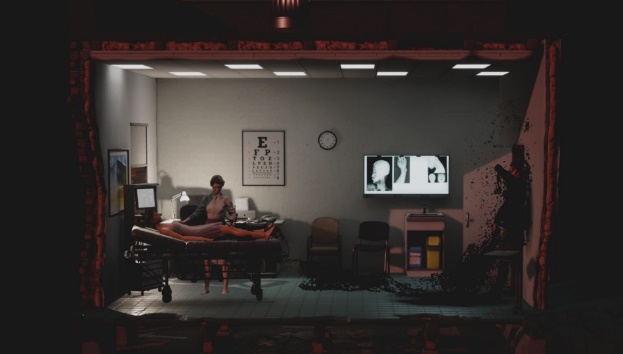 New Delhi: 2020 has been a year of success for the Te Herenga Waka—Victoria University of Wellington virtual reality experience Minimum Mass.

Minimum Mass is a virtual reality interactive narrative from a team led by Raqi Syed and Areito Echevarria, lecturers and researchers from the School of Design Innovation and Miramar Creative Centre. It is the story of a couple who experience a series of miscarriages and come to believe their children are being born in another universe.

Unlike a regular film, where viewers sit in a theatre and watch scenes on a screen, participants are part of the story being told through Minimum Mass. Participants put on a virtual reality headset and become fully immersed in the world of the story—they can use a hand-held controller to move around and look at each scene in the story from different angles, as well as interact with the sets and even with the characters. They can choose which main character they want to follow through the story, allowing the participant to experience a different perspective on the story and learn new things about the story, characters, and the world they live in as they experience the narrative.

The project has gone from success to success in the past year, including appearances at CannesXR-Tribeca and the Venice Film Festival. It has won awards at the Annecy and Viborg Film festivals, has appeared at Tribeca Creators Market and NewImages Festival, and received funding and support from Sundance’s New Frontier Story Lab, the NZ Film Commission, Epic Games, and Kaleidescope’s DevLab.

Through the process of creating Minimum Mass, Ms Syed and Mr Echevarria were able to explore new ways of using virtual reality technology. “This project gave us the opportunity to research extended reality technologies—those that combine the ‘real world’ and the virtual world,” Ms Syed says. “This benefits us professionally, and it also benefits our students at the University, who work with us as research assistants and learn alongside us.”

They also hope that Minimum Mass will inspire industry conversations about the possibilities of virtual reality and narrative design, as well as broader conversations about miscarriage. “Miscarriage is a topic that is not often talked about in society today, and we wanted to create something that would encourage conversation about this difficult topic,” says Mr Echevarria.

University of Cambridge: Parasites from feasting at Stonehenge found in prehistoric…

iednewsdesk May 23, 2022
A SARS-CoV-2 test for bats using faecal samples could boost understanding of how wild animals transmit viruses to…

University of Cambridge: Parasites from feasting at Stonehenge found…

University of York: Researchers highlight crisis in dental care for…

University of Strathclyde: More focus needed on reasons for school…