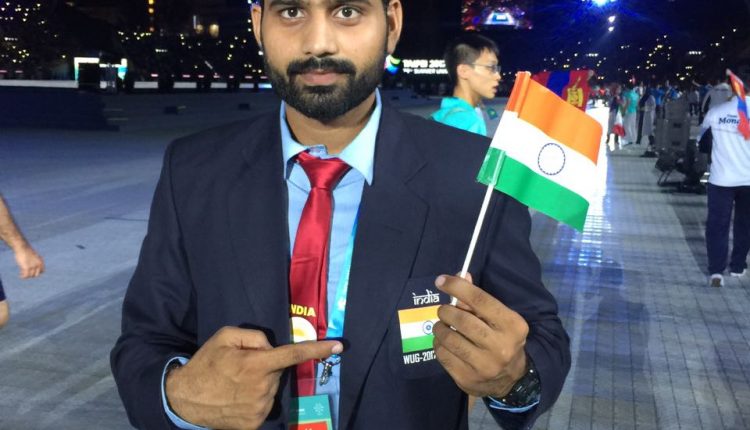 New Delhi: Commonwealth champion Ajay Dalal is selected for Taekwondo selection trials for Tokyo Olympics with 4.32 points in the 87+ kg category. The Sports Authority of India (SAI) is going to conduct three-day selection trials at the Sports Authority of India Lucknow Regional Center from April 15 to April 17 for the Taekwondo players. Ajay Dalal is a farmer’s son lives in Kirari Village of North Delhi. He completed his post graduation in Physical Education.

Akamai Finds API Vulnerabilities to be a High-Stakes Game…

CNN launches Call to Earth Day: a day of action to safeguard…

Realizing the slogan of ‘Jai Jawan- Jai Kisan’ Ajay has not only illuminated the name of Delhi but also has shown a new path to today’s youth. Ajay also runs a sports academy called Aryan’s World in Delhi where he trains needy students and daughters of the state for self-defense. Ajay believes that taekwondo is not just a game but also a means of self-defense and healthy living.

Urban Company to provide free COVID-19 vaccination to all its 30,000+ service partners

CNN launches Call to Earth Day: a day of action to safeguard our planet’s future

University of Exeter: Exeter ranked amongst world’s most prestigious universities…

iednewsdesk Oct 28, 2021
Exeter has been ranked in the 151-175 category of the latest Times Higher Education World Reputation Rankings…

University of Exeter: Scientists and industry to discuss energy…