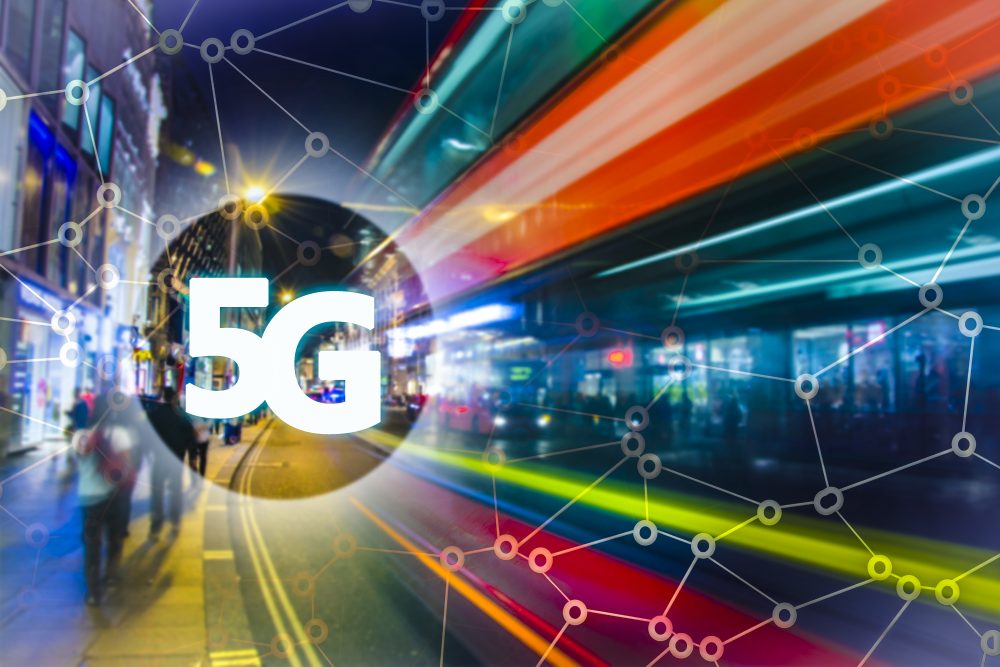 Guy Pujolle
But it also raises questions in terms of health, ecology and the protection of private data. Guy Pujolle, Professor Emeritus and network specialist at the Sorbonne University’s computer science laboratory (Lip6), takes stock of the benefits and risks of this new standard in mobile communication.

Last September, you published Faut-il avoir peur de la 5G? (Should we be afraid of 5G?), published by Larousse. When can we expect the technological breakthrough of this fifth generation of mobile telephony?

Guy Pujolle: Far from being completely operational, what is today incorrectly called 5G is in fact only a very small part of a network that will be fully deployed over the next four years. This is the radio part (sending the signal from your smartphone to the antenna), which is not very different from 4G, except in terms of throughput, since 5G will be ten times faster.

The real revolution will arrive in September 2021 with the third phase of 5G specifications. This is the data center. These data centers, located just a few kilometers from each antenna, will enable operators to process massive amounts of data and implement new applications for businesses.

How will 5G be applied?

G. P.: Even if the general public will benefit indirectly from the increases in bandwidth and innovations, they are not the primary target of 5G applications. This new technology is primarily aimed at digitizing and automating businesses and industries.

From 2023-2024, three main types of applications will be deployed: very high-speed broadband on the move (enabling people to have Internet access and watch high-definition videos on a TGV high-speed train); the Internet of Things (to connect billions of objects); and mission-critical applications. This last application concerns all operations that require a very short latency time, think a millisecond. This is the case, for example, for autonomous vehicles or remote surgeries. Thanks to 5G, the practitioner will be able to operate a patient in real time at a distance while benefiting from sensory feedback on what he is doing.

Is it true that in the future, 5G will also enable the transition to the “4.0 industry”?

G. P.: Absolutely. This next-generation industry is about automating manufacturing. In about ten years’ time, we’ll be able to order a vehicle online in the morning on our smartphone. The order will be transmitted to the operator’s data center, which will manipulate machine tools remotely to automatically build the vehicle, deliverable in the evening.

The deployment of 5G raises many concerns about its impact on health. What do you think of its potential dangers?

G. P.: 5G waves, like 4G waves, are electromagnetic waves, i.e. vibrations such as speech or visual waves. Unlike ultraviolet or X-rays or gamma rays, whose frequencies are much higher, these waves are not dangerous for human cells. They become dangerous if their intensity is increased too much, just as a very loud noise becomes painful or even harmful to hearing.

This is why the power of the 4G and 5G antennas has been limited worldwide. This limit is relatively low and corresponds to low noise or low light. More than 3,000 studies have been carried out, most of them over ten years, and none have shown the existence of a health risk linked to these waves when international thresholds are respected.

But 5G waves, which will be 3.6 Ghz, then 26 Ghz, have a shorter range than 4G waves. An antenna will therefore have less coverage than antennas today?

G. P.: Indeed. With higher frequencies, 5G antennas carry less distance than 4G antennas. So, if we cannot increase their power for the health reasons we have just mentioned, we will need more antennas to cover the same territory.
To improve the coverage of the network, without having to develop new antennas, it will be possible, with 5G, to create “mesh networks” thanks to connected objects: an object that is not covered by an antenna will be able to communicate with another object, which will itself communicate with another object connected to the antenna. This is how it will connect to the network.

G. P.: It is difficult to estimate the energy cost. The power consumption of the 5G antenna is low. It was designed to be able to switch off when not in use and the electronic box that allowed the signal processing in the 4G antennas was removed and virtualized, in software form, in the data center. These centers, on the other hand, will consume energy.
Based on my calculations, I believe that for equivalent use, the consumption should not increase too much compared to 4G. But there is indeed a risk that usage will explode.

What other risks do you see in the development of 5G?

G. P.: I think the real risk is data security. With 4G, operators didn’t store data. Now they will be able to do so. And since data is the oil of the 21st century, they may want to use it to make money.
Even though the state will certainly regulate a number of things, it remains a possible problem.

At LIP6, you’re already working on 6G. What will that bring?

G. P.: 6G, planned for 2030, will allow complete automation due to a strong use of artificial intelligence. 6G will generalize the network slicing already in place in 5G, and we are working hard on this in our research team. Network slicing is the ability to create specific network “slices” for different services. With 5G, there will initially be three “slices”: one for mobile broadband, another for connecting objects and a last one for mission-critical services.

Gradually, the number of these “slices” will increase with many new uses. When we move to 6G, we will no longer have one network per type of service, but millions, and eventually we will end up with one slice and one antenna per user. But for the moment, this is speculation. We don’t yet know whether this will be possible in terms of scale.

A prominent conservator brings new areas for research and teaching to the NYU IFA program in conservation.