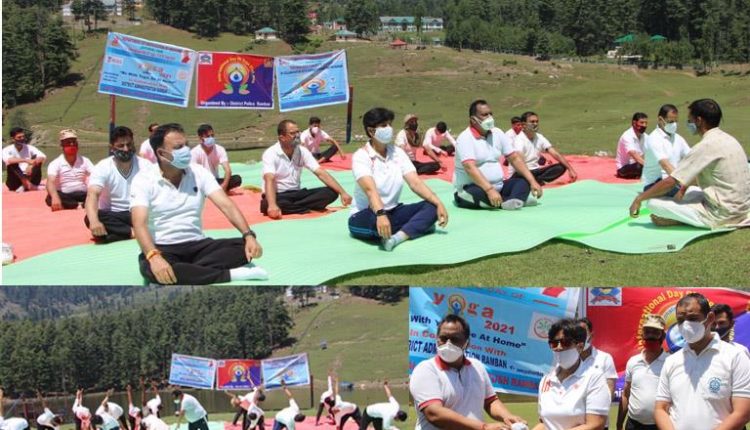 He urged the people, especially those working 24X7 like police personnel, to adopt yoga as an integral part of their daily routine to avoid stress and other lifestyle diseases.

Later, Dr. Masood Iqbal Zarger organized an on spot quiz session in which SHO, Chanderkote Vijay Choudhary was adjudged winner of the event.

The Department of AYUSH thanked the police and administrative Department for making the event a grand success. DY. SP Headquarter in his speech said that in future we will jointly conduct such sessions in remote areas of the district Ramban.