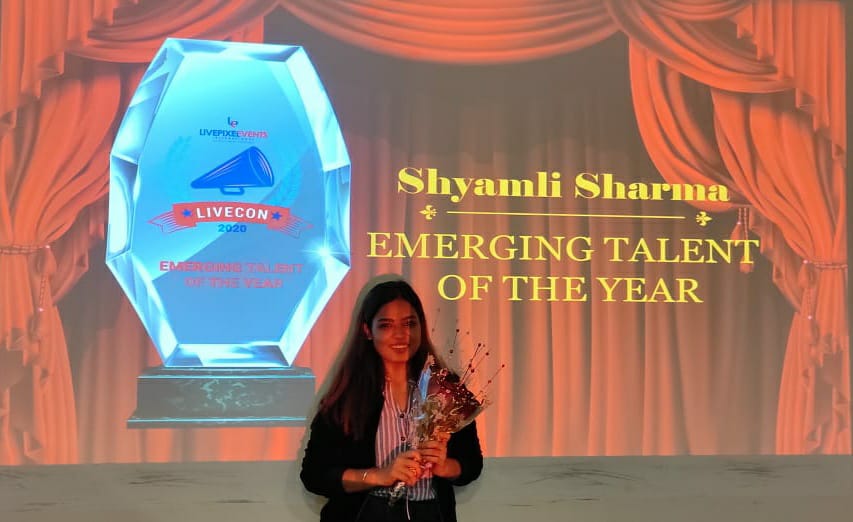 Mumbai : 2020 has been a very eventful year in the field of event industry when suddenly everything came to an unexpected pause. It was time not to just sit and crib rather it was time to make new strategies, implement new technologies and cope up with the virtual trend. And it was to honor these team members and achievers that LivePixel Events International successfully concluded their R&R event called “Live Con”.

LivePixel Events international which is led by young, dynamic 23 years old COO, Ssamridh S Aggarwal, knew it was time to bounce back and carve a niche for themselves in the new segment of virtual events. The aim seemed achievable because of an in house team of professionals who boast of decades of experience in technology and events. Live con seemed a perfect opportunity to acknowledge the effort of the team members. The event marked the presence of Mr. Rajeev Dwivedi – founder and CEO of live Pixel Technologies, Mr. Tapan Ramchandar and Madhuri Munjwani who were the Chief Guests of the event.

LivePixel Events International entered the virtual space with their IP “The Megaa Model”, a beauty pageant during the sensitive time of COVID 19 seemed to critics a flop show but it was the determination of Ssamridh and his team which not only made the pageant a super hit but also received immense support from various patrons of the industry including stylists, mentor, coaches etc. This was also the time when employees were losing jobs and hopes both but LivePixel with extended arms welcomed in their team Ms. Shyamli Sharma who due to pandemic had lost her job and joined the team as an intern but with her sheer hard work and dedication got promoted as the Project manager.

It is the belief in oneself that reflects at confidence in your client’s face and with this belief the team convinced the Gandhi Museums Forum to hold a virtual Gandhi Jayanti celebration. The event attracted artists from various fields like dancing, singing, sculpture etc. to mark their tribute to Mahatma through their talent.

The success journey continued when LivePixel Events International curated a one of its kind conference for the ICAI in Muscat. LivePixel Events International devised unique 3D assets and graphics which were entirely developed in-house by the team for the front end of the event. Multiple computers were put together as a network to capture the video feed and then it was re-routed using professional broadcasting software to appear live. The event once again proved that technology and client servicing are the fortes of the company.

Ssamridh S Aggarwal, COO, LivePixel Events International, who to keep the spirits high himself had donned the role of the host of the event, shared his excitement saying, “It’s the motivation that keeps the team moving and I firmly believe that hard work should always be appreciated and applauded. Live con was just a small initiative to acknowledge the team of achievers whose contribution and dedication makes us stand where we are today.”

Shyamli Sharma who was awarded with the “emerging talent of the year” award said, “Losing my job due to pandemic had shattered my confidence and hope, I had my family responsibilities also to cater to and when I got offer letter from Livepixel events international I knew it was time to give your best and restore the lost hope and faith, it’s a great feeling when your hard work is recognized. The award means that now I have to gear up for the employee of the year trophy”.

The employee of the year award went to Shubham More, Senior Operations Executive, at LPEI, sharing his excitement, he said, “I have been a freelance food photographer and after completing my certification in SAP Abap I was looking out for an opportunity in the same but due to pandemic finding a job was getting difficult as fresher hiring had stopped.I was getting demotivated and could not see any sign of hope until I came across an opportunity at LivePixel Events International. I had no idea about event industry but it was my zeal to learn that made me grab the offer letter, the journey since then has been quite a learning experience, the support I got is beyond any expression and the awrd which I hold today proves that with focus, determination and dedication everything is achievable.”
Awards were divided into various categories and the awardees were chosen basis a voting by the performance management panel. The winner list included names like Mr. Rajesh Patil (Team player of the year), Siddhesh Gunjal (Technical support of the year), Pranav Chaudhari (Emerging leader of the year), Prachi Bhosle (stand out performer of the year), Ashwathi Anoopkumar (writer of the year), Sandeep Parab (Dilletante of the year), Dinesh Tambe (Mr. Dependable of the year), Siddharth Nair (Technical Talent of the year).
The vote of thanks was by Mr. Omkar Jagdale, CTO, MVX and Ashok Srivastava head business.

To make Agriculture profitable and attract youth towards agriculture are challenges of the Agri-hackathon: Narendra Singh Tomar