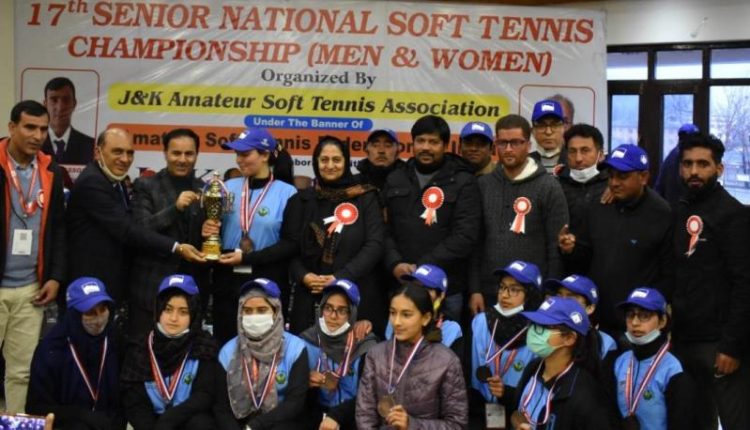 The championship commenced on March 4, 2021 in which 32 States and Union Territories participated.

Director, Tourism Department Kashmir, GN Itoo, was the chief guest on the occasion who distributed prizes among the winners.

Speaking on the prize distribution ceremony, Director Tourism Kashmir appreciated the vigour and enthusiasm among the participants who come from different States and Union Territories of India for participation in the competition.

“I am also thankful to Amateur Soft Tennis Federation of India which has provided an opportunity to J&K Soft Tennis Association for conducting this National level prestigious function in the Union Territory,” Dr Itoo said.

Pertinently, the J&K players are going to participate in the upcoming Junior and Sub Junior Soft Tennis Championship to be held in Ahmedabad, Gujrat this month.