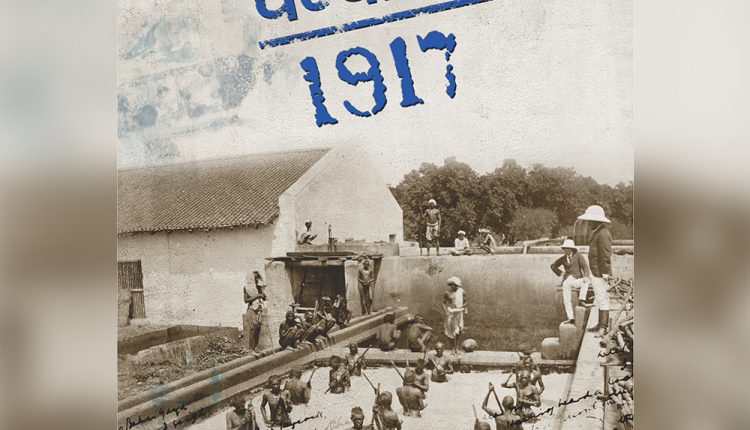 Jab Neel ka Daag Mita: Champaran 1917 – An account of the plight of the farmers under the British Rule in Champaran, Bihar

Mahatma Gandhi went to Champaran with the intention of helping the farmers from the unimaginable atrocities by the British. Under the British law, the farmers were forced to cultivate Indigo on their land and received little to none payment for it. The steps Gandhi took came in the form of ‘Satyagraha’, moving beyond the traditional struggle for rights;a historically important revolt in the Indian Independence Movement. Jab Neel ka Daag Mita: Champaran1917, by author Pushyamitra captures such events, the plight of the farmers, andalso mentions faces of many people, whom hardly anyone mentions, but who were freedom fighters in the full sense. Listening to the audiobook takes one back in time.

Pushyamitra on a Facebook live hosted by Giriraj Kiradoo, Publishing Manager of Stortytel, said that the audiobook is about an incident which took place about a hundred and four years ago. Bihar Government in 2017 decided to celebrate the centenary of Champaran Satyagraha; Pushyamitra then working for a newspaper covered the story extensively. This gave him an exposure to the story of revolt by the farmers. He started by posting about the events on his Facebook, but ended up writing an entire book on it.

He said he has written it as a story of history; presenting the entire incident as a story with facts. The research was based on Bihar State archive documents and his earlier journalistic research while covering the story.

There was a huge demand for the colour indigo in England and Europe; and therefore, there was a huge trade of indigo cultivation; but at the cost of the Indian farmers, with cultivation being forced on the farmers by the British.

The farmers wanted to grow grain as there used to be constant famine in that area, but the British wanted otherwise, which led to a protest by the farmers.

Citing examples from the present-day India,Pushyamitra talked about farmers suicide, and the ground reality of their plight.He came to realise that even after the Satyagrah and a hundred years later the farmers of our country still suffer.

Also joining the Facebook live as a guest was author Sopan Joshi,

Sopan said that, India throughout its history has seen various Kings, but never did it happen that the entire property of land was owned by the King.It never happened before in the history of India that the ruler forcibly made the farmers grow something which only benefited the rulers. It is the European idea which came with the British that the land belonged to the King; and if it were to be given to anyone, it would be by theKing.

He added, The British never directly talked to the farmers, rather they had jaghirdars who dealt with the farmers, and so the owners only wanted to grow what would benefit them; they did not care about the social welfare of the farmers.

Drawing a contrast between the British and the present-day scenario in India,Sopan said, today India has once again has come to a place where the control on farming is being taken away by the farmers; and rather being given to the affluents who give donations to the political rulers. The farmers and the village people are not their priority.

Sopan also showed his dismay towards the attitude of the present government against the protesting farmers. He also said, a lot of journalists who write about theongoingKissanAndolan risk their job and face the fear of being fired.

The audiobook sample could be listened to in the following link:

NIRAMAI organises webinar on breast health in collaboration with ROCHE