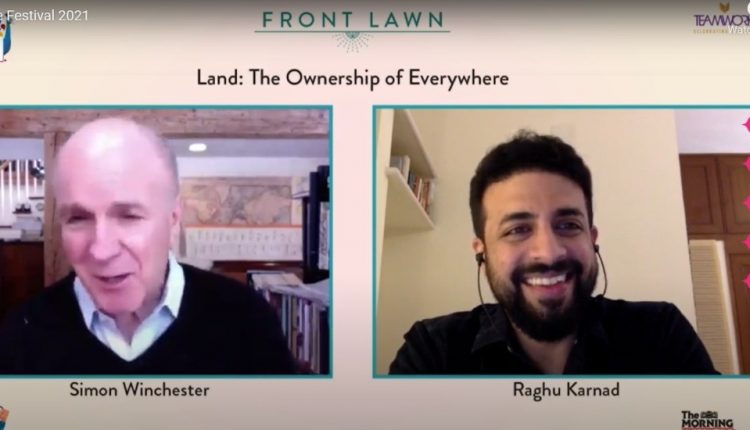 Jaipur: The 2nd day of ‘the greatest literary show on Earth’ featured sessions on fiction, film, food, feminism, biography, theology & much more which included sessions featuring novels that unblinkingly examined inequity across Indian society, the extravagant journey of perhaps one of the greatest filmmakers Bollywood has seen, the life and writings of the master of words, Dante, on the 700th anniversary of his death, along with a session that brought together a cross-section of voices and perspectives to understand feminism and its kaleidoscopic dimensions. Annie Zaidi and Deepa Anappara, in conversation with Shahnaz Habib, spoke about their writing process, their exploration of the fiction genre and the source of their inspirations. At the session, supported by The JCB Prize for Literature, the authors spoke about the liberty that writing fiction allowed and how it helped them bring difficult stories from marginalised communities to the fore, allowing them to showcase different points of view, without having to approach the subject from a journalistic lens. Prelude to a Riot by Annie Zaidi is the disturbing narrative of two families, and charts the growth of religious intolerance, while Deepa Anappara’s debut novel, Djinn Patrol on the Purple Line, tells a haunting tale of heartbreak and the loss of innocence.

Bestselling author Simon Winchester discussed his latest book Land: How the Hunger for Ownership Shaped the Modern World, which traces the concept of land and its ownership from an anthropological perspective. In conversation with Raghu Karnad, Winchester spoke about the “bloody” history of land ownership, which he attributed to “capitalistic thought” and its mythical idea of land that dictates that once you own it, it’s yours, mostly because land had the capacity to yield money. “Land is proving to be no longer immutable,” he said, “We’re losing it to global warming and climate change and it may be slow but it is very noticeable.” Unfair, oppressive and fascinating ideas such as ‘Terra nullius’ (Latin for nobody’s land) were brought to light. The conversation traced political, religious and technological feats and shone light on everything from the history of race to ecological plights and how humankind’s connection with land has been elemental, contentious and necessary.

The session “Of the People, For the People” featured former Chief Election Commissioner of India, Navin Chawla, former Chairman of the Election Commission of Sri Lanka, Mahinda Deshapriya, former Chief Election Commissioner of Bhutan, Dasho Kunzang Wangdi and Commissioner at the Election Commission of Nepal, Neel Kantha Uprety, in conversation with author Mukulika Banerjee. Together, they spoke about the process, achievements and challenges of the electoral process in their respective countries. Uprety talked about how the electoral system had played a big role in bringing the insurgents into the peace process in Nepal. Deshapriya spoke of Sri Lanka being the first South Asian country to have gone through elections in the midst of a global pandemic. In response to a statement about many politicians having criminal records, Wangdi said that in Bhutan, candidates seeking election to the Parliament needed a university degree as well as a certificate that testified they did not have a criminal record. Chawla highlighted the sheer scale, the “secrecy of the ballot” and the quick delivery of results as among the strengths of an Indian Election. Another important aspect of the Indian system, he added, was that results had to be accepted by both losers and winners graciously.

“Conducting free and fair elections is the basic building block of any democracy. We took this process for granted until the US elections, where the transfer of power was not peaceful,” Banerjee commented.

The almost-mythical figures of the nationalist movement have always been surrounded by controversy and hold a revered status in the minds of many as they continue to influence the politics of today. Very rarely does a conversation revolving around the Partition not mention Nehru, Jinnah, and Gandhi; their political presence has played a key role in the formation of the modern-day understanding of India and Pakistan. Speaking at a session, Ishtiaq Ahmed, through his book ‘Jinnah: His Successes, Failures and Role in History’, aimed to debunk myths surrounding Pakistan’s  Quaid-e-Azam. A well-known scholar of South Asian history and politics, Ahmed possesses an intricate understanding of partition studies, while his reliance on primary sources details his rigorous efforts to document true narratives.

Scholar and author Rupert Snell chatted with Harish Trivedi on his translation of the Bihari Satsai. Describing his long association with Biharilal’s compositions, Snell said that he was initially drawn to the playfulness of the poet’s language – the puns and alliterations attracted him to take on the translation. But he clarified that the book of his translation of the Satsai was only a “snapshot” of Bihari’s work and “not necessarily the final version”.

At a delightful session on feminism, writers Bee Rowlatt, Mariam Khan and Sabrina Mahfouz, shared their perspectives on feminism and why feminism in its present form must die to accommodate other versions of feminism. Rowlatt, who calls herself as a late emerging feminist, said that one could not get stuck to one idea of feminism and that feminism needed to be constantly reframed – “I would compare feminism to a white shark that has to keep moving to get oxygen, otherwise it will die.” Mahfouz, however, was not quite hopeful if feminism within the framework of patriarchy and white supremacy could be challenged. “It is tough,” she said. In fact, she herself continues to struggle with multiple tags that people put on her identity. For example, people wonder how she is both a Muslim and a vegan!

Discussing prolific playwright and screenwriter Tom Stoppard, authors Chandrahas Choudhury and Hermione Lee uncovered many fascinating facts of Stoppard’s life. During the session supported by the Hawthornden Trust, Lee shared her feelings that through her writing she had found an artfulness that spoke to many different readers.