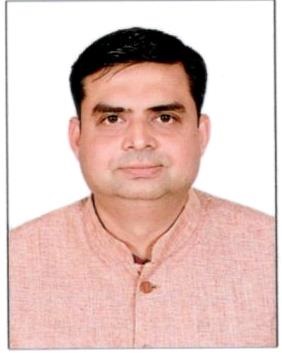 Jamia Hamdard faculty awarded with the Fellowship of the Royal Society of Biology (FRSB), London

New Delhi: Prof Suhel Parvez Head, Department of Toxicology Jamia Hamdard has been elected as a Fellow of the Royal Society of Biology (FRSB), London for his outstanding contributions to Toxicology, Neuro-Sciences and ion channel electrophysiology.

Fellowship of the Royal Society of Biology (FRSB), is an award and fellowship granted to individuals that the Royal Society of Biology has adjudged to have made a prominent contribution to the advancement of the biological sciences. It acknowledges significant achievements by a professional for the extraordinary contributions to the field of Chemical and life Sciences. The elected Fellows are given the designation of Fellow of the Royal Society of Chemistry (FRSC). The names of newly elected Fellows are published each year in The Times (London). RSC partners with industry and academia, advises governments on policy, and promotes the talent, collaboration, innovation, information and ideas that lead to great advances in science.
On being a FSRB, Dr. Parvez said that: “I am deeply honored and excited to be recognized as a Fellow of Royal Society of Biology. This award is a great honor, recognition and opportunity for me to promote toxicology research among different scientific communities. My interest in neuroscience research always inspires me to unravel the cellular and molecular mechanisms associated with neurodegenerative diseases. I am grateful to Jamia Hamdard for providing me the well-established research infrastructure and support from all quarters in my research endeavors. I offer my deep sense of gratitude to my colleagues and students who have supported me in reaching this milestone. I look forward to being a valuable member of the Royal Society of Biology.”
Congratulating Prof. Suhel Parvez on behalf of the university for this great achievement, Vice-Chancellor Prof M.A. Jafri said that “It is particularly impressive and heartening to see that faculty from Jamia Hamdard are being recognised with the highest grade of membership and honours”. We have been incessantly making strides to provide our faculties with an ecosystem where they can express there profound and sustained contributions for the promotion of science in the country, he addas.
Prof. Suhel Parvez is presently working as Head, Department of Toxicology at Jamia Hamdard which is the only University in India to offer toxicology education at graduate, post-graduate and doctoral levels.

Prof Parvez is a Gold Medallist in post graduate programme and has finished his PhD in Toxicology. He completed his postdoctoral tenure at University of Magdeburg in Germany in 2005 and was appointed as a Scientist at Queens Medical Centre in Hawaii, USA for three years. He then was appointed as a Group Leader at the Leibniz Institute for Neurobiology in Germany in 2008. During this time, he was also awarded with the prestigious Alexander von Humboldt Fellowship for experienced researchers. He relocated to India in 2010 and joined Jamia Hamdard as an Associate Professor. He has guided 13 students for their Ph.D. degrees as supervisor. He was the recipient of UGC Faculty Research Award in Medical Sciences for 2014. He was awarded with a renewed Humboldt Fellowship at the European Neuroscience Institute, University of Goettingen, Germany in 2017.

Prof Suhel’s current research interests include toxicology, neuroscience, ion channel electrophysiology and learning and memory. He has completed/working on 15 research grants from extra-mural funding agencies. Currently he is the co-ordinator of DST-PURSE program awarded to Jamia Hamdard and also the co-ordinator of DST-FIST program awarded to the Department of Toxicology. He has authored more than 134 publications, with a cumulative impact factor of more than 300. The citations of his research papers are close to 5000 according to data available on Scopus while the cumulative impact factor of all his research papers is close to 500.

University of Southampton: Ultrasonic cleaning of salad could reduce instances of…