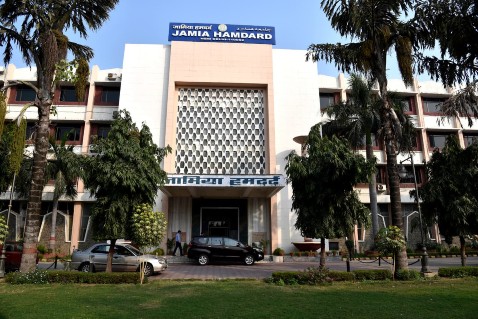 New Delhi: Jamia Hamdard is all set to introduce NCC as General Elective Credit Course as per National Education Policy-2020

NEP-2020 advocates Choice Based Credit System (CBCS) as integral part of education and it has been felt that NCC should be introduced as general elective credit course in Jamia Hamdard to motivate students to join NCC in order to be disciplined and instil in them the feelings of patriotism.

The proposed implementation, which is being planned from the forthcoming academic session, has evoked positive response from the students and teachers community and is being viewed as a visionary step in the right direction.

The move is in consonance with the National Education Policy 2020 where students can select their choices of subjects rather than being confined to only those being offered by the institutions. This makes the learning holistic and skill oriented. On the successful completion of the course, students are awarded credit points which will enable them to qualify for their respective degrees, says the Vice-Chancellor Jamia Hamdard (Prof.) Dr. M Afshar Alam. All students who enroll for NCC will immensely benefit by obtaining academic credits for NCC training in addition to acquiring NCC “B”/ “C” certificates, thus enhancing their employment opportunities,” he adds

This is part of the guidelines issued by UGC to Vice-Chancellors of all universities on April 15.
NCC is to be considered a General Elective Credit Course (GECC) in response to the proposal mooted by the Directorate General National Cadet Corps, New Delhi.

Webinar on ‘Divine and Other Religious Books, History and Introduction’