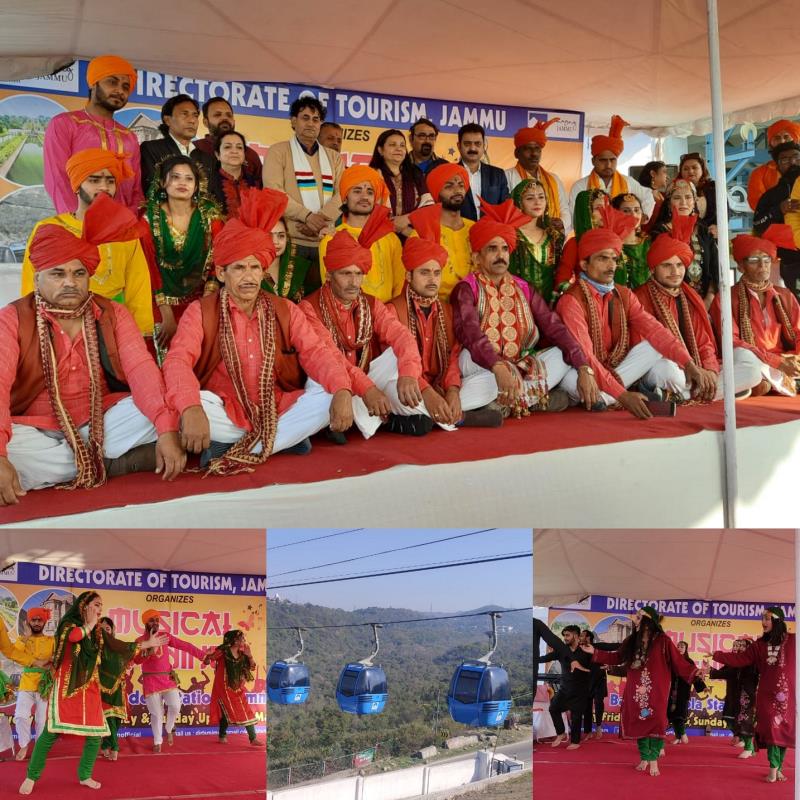 Jammu: Directorate of Tourism, Jammu in collaboration with Jammu and Kashmir Cable Car Corporation, organized a Weekend Musical Cultural Evening at Bahu Gandola Station to attract tourists to Jammu and its adjoining areas.

The event is the sequel of Lohri Festival organized in the sprawling lawns of Cable Car Station.

The event started with traditional lamp lighting ceremony followed by Cultural Performances by local Artists of Cultural Academy and other artists.

The Tourism Department Jammu has planned to conduct weekend Gandola Series from Friday to Sundaytill March, 2021 during which LovalArtists and Cultural groups will perform.

The department is also planning to organize more such programs for tourism promotion in coming days.

iednewsdesk Jan 18, 2022
Investment by GHO will enable RoslinCT to significantly increase its development and manufacturing capacity,…

DDC Doda reviews progress on documentation of baseline database for…