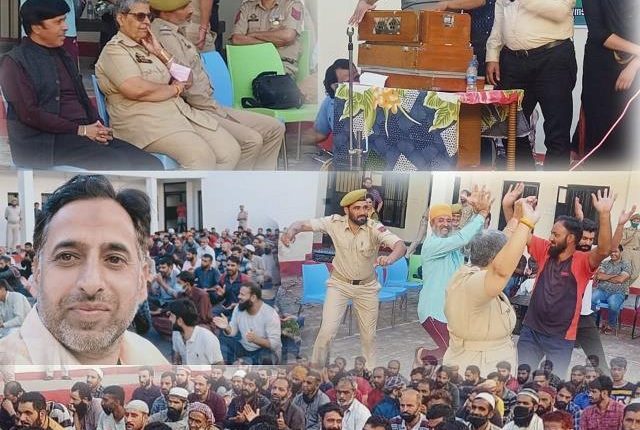 The event was hosted under the guidance of Secretary JKAACL, Rahul Panday and with the support of Superintendent Jail, Rajni Sehgal.

The program was supervised by Additional Secretary JKAACL, Sanjeev Rana.

In his welcome address, Dr. Alamdar Adam, Special officer for cultural Activities Rajouri-Poonch, expressed gratitude to superintendent District Jial Poonch for inviting singers, musicians and artists for performance. He also interacted with the Jail inmates and encouraged them to stay positive and look forward for a bright future.

Superintendent of Jail, Rajni Sehgal presented vote of thanks and appreciated the Cultural Academy Rajouri and Secretary and Additional Secretary JKAACL for organising the event for entertainment of Jail inmates.