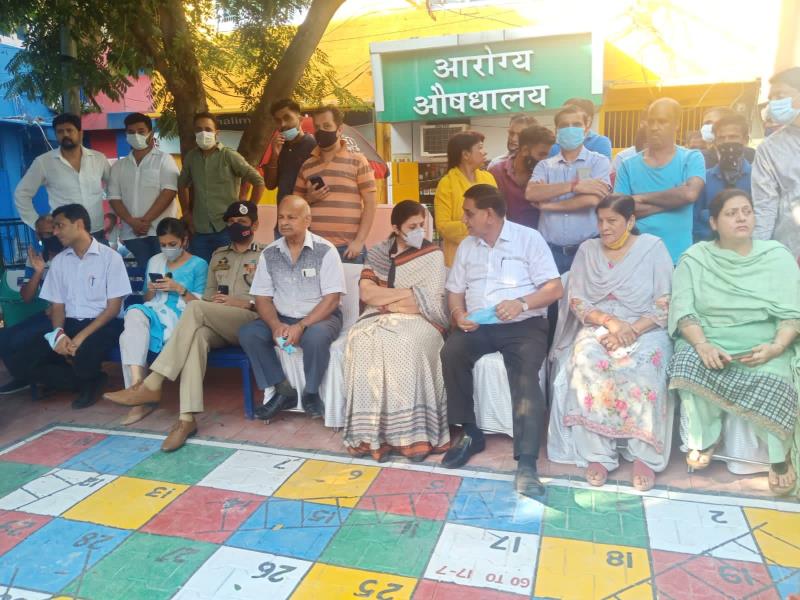 JSCL is celebrating Azadi Ka Amrit Mahotsav in Jammu city from October 01 to 03, 2021 by organizing various events to show the vibrancy of old Jammu city.

The Heritage Walk was organized from Maha Laxmi Mandir Pacca Danga to Fattu Chaugan giving an opportunity to the participants to recall the old memories. The aim is to encourage walking as a means of mobility in the old city. To make this walk memorable, the route was made safe with proper lighting arrangements, colorful ceiling and covered drains. Encroachments were removed to make it seamless and open.

On the stretch of Heritage Walk, stalls of delicious traditional street food were also set up to rediscover the temptation of the old Era. Traditional local food like Banta, Kulcha and Gol Gappa was an added attraction.

The Trance Dance Academy also performed on the occasion besides some other cultural activities.

The other event as part of the Azadi Ka Amrit Mahotsav celebrations was the face lifting of the children park at Pacca Danga. The park is located in old Jammu, known as children’s park. An initiative was taken by Jammu Smart City to improve and give a new look to this park by repairing and painting games on the floor for children. Vibrant colors have been used to make it look more interesting from a children’s point of view.

The idea behind the improvement of this park was to encourage the children to utilize their positive energy in outdoor games rather than spending leisure time playing games on mobile phones. These days children prefer playing games on their phone instead of playing outdoor games, so Jammu Smart City decided to give a new look to the park by its beautification. On the floor of the park, few games have been painted to make it more colorful so that it attracts more and more children to come and do physical activities.