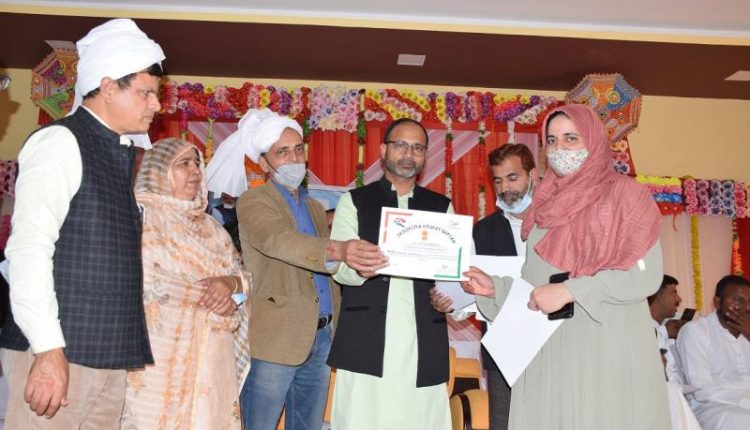 During the day, several activities which included singing of patriotic songs, Gujjar folklore, Gojri mushairas, speeches and other activities, were organised by the district administration in coordination with the tribal department to mark the celebrations.

It was informed that the programme will continue till 22nd of November to give wider publicity to the various schemes meant for uplift of tribal communities.

Later certificates were distributed among the participants and special invites.