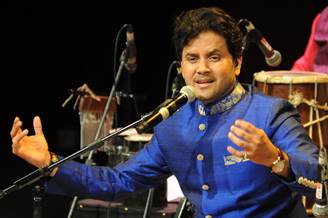 India’s premier arts and culture institution, The National Centre For The Performing Arts (NCPA) has always embraced all the major strands of music, be it Indian Music, Western Classical Music or International Music. As the torchbearer of Western classical music in India, NCPA founded the Symphony Orchestra of India, the country’s first and only full-time professional orchestra, which performs regular concerts at the NCPA and on tour in India and internationally. Over the past decade, NCPA’s thematically curated music festivals have been appreciated by the artistes as well as audiences worldwide and continues to do so during these difficult times through their digital initiative “NCPA@Home”.

Please find below details about the broadcast:

The core idea of love, longing and union with the beloved, as espoused in Sufi songs has an evergreen appeal, with people from all walks of life, transcending the manmade boundaries of region, religion, caste and creed. Today, besides the traditional repertoire, a large number of songs are sung under the Sufi label. These compositions show a marked influence of contemporary idioms and expressions, and are widely popular with the masses.

Javed Ali has trained with his father Hamid Hussain, a well-known qawwali singer, and Ghulam Ali, the legendary ghazal maestro. Besides film music, Javed Ali is proficient in presenting ghazals. This performance includes a bouquet of sufiana songs from traditional repertoire and also melodies from Bollywood.

Mass testing is the safest way to reopen the economy and society and will cost much less than a hard lockdown, research reveals

The Indian premiere of Duncan Macmillan’s “Lungs”, a critically acclaimed play about…