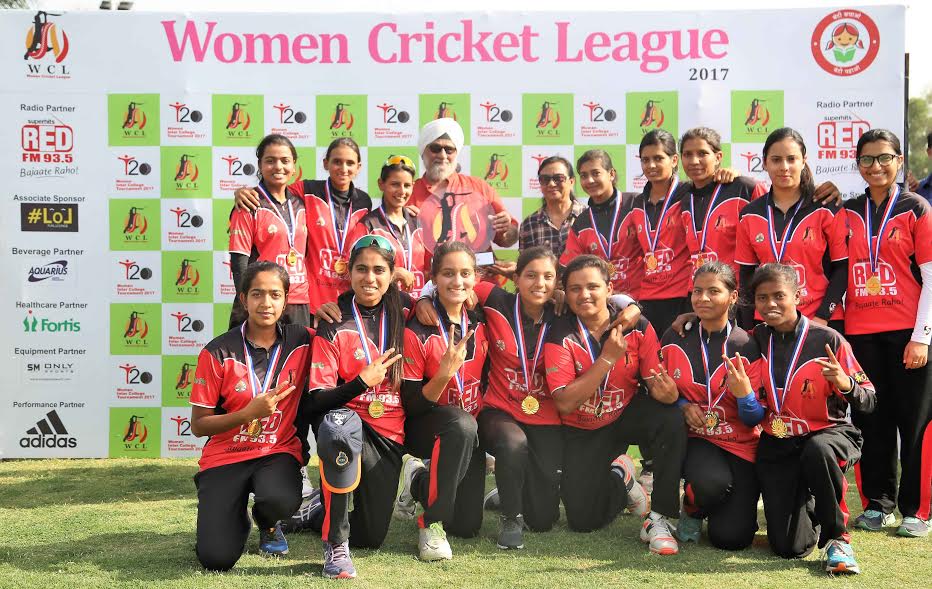 · Best Player of the Tournament was given to Aarti Dhama of Gargi College who scored 94 runs 2 wickets.

Although Gargi college couldn’t win the finals, Ms Shweta Sharma their fast bowler took the maximum no of wickets (11 wickets) in the tournament. Also Aarushi Goyal player of Jesus & Mary college (JMC) scored maximum runs (99 runs) in the tournament.
Speaking at the Award Ceremony, Mrs Pooja Sharma, Managing Partner, WCL said “We are getting good responses from women cricketers across India. It is time India has leagues like Women Big Bash Cricket League, Australia or Women’s Cricket Super League, London. We are more than optimistic that WCL will take Indian Women Cricket beyond boundaries and get them long due International name and fame they deserved.”
“The main aim of organising WCL’s #T20 Inter-College Talent Hunt Tournament which is first in the series of our activities was to scout the hidden talent to provide exposure and platform to promote Women Cricket in India. We are glad to complete the first initial phase of WCL effectively and plan to initiate the next phase soon to scout more budding talents from across India”Mrs. Vandana Thakur added.
Sharing future plan of Women Cricket League Mr Parul Jain said “WCL will scout hidden talent from schools and colleges in small towns and cities in India by organizing similar WCL #T20 Talent Hunt Tournaments, international clubs and even non-cricket playing countries.”
The final teams will be declared on WCL’s website. The website www.womencricketleague.com is open to all aspiring woman cricketers for free registration.