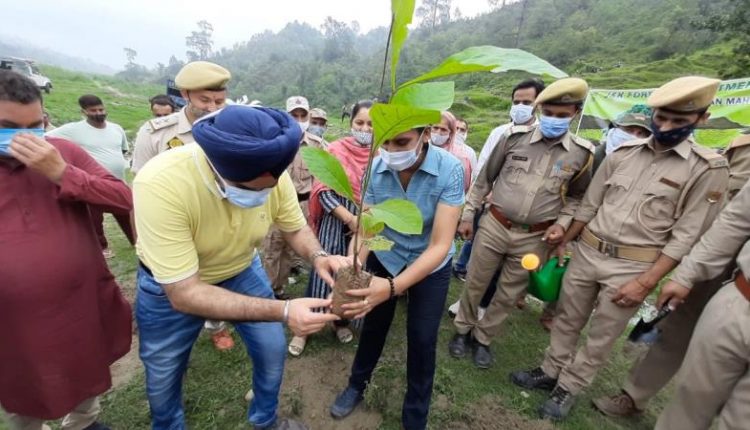 The massive plantation drive was conducted in Chaiter and Kheral Panchayat under the stewardship of Deputy Commissioner, Charandeep Singh and Jyotsana Sarkar, DFO Reasi.

District officers representing various departments of the district were present at the plantation drive. Over 700 saplings of different plant species were planted.

Speaking on the occasion, DC Charandeep Singh said that the trees are the lifeline of all the living beings and plantation is the only way to stop climate change. He said that it is the time to take necessary measures like massive plantations to protect the environment from further degradation.

He said that the monsoon Plantation drive has already been started in the district and more such tree plantation events will be conducted in the coming days involving forest guards acting as ambassadors in their respective jurisdictions. He said a target of plating 5 lakh trees in the district has been set.

“Different departments have also been directed to carry out extensive plantation drives. The Education department has been asked to conduct awareness on environment protection through seminars and discussions,” the DC added.

The DC appreciated the efforts of the forest department and emphasised on the need for planting more and more trees to make the environment cleaner and greener by involving the general public.