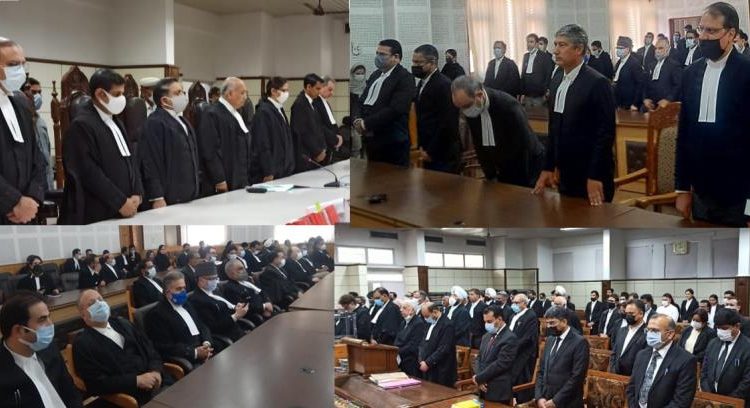 The Registrar General conducted the proceedings of the full court reference.

The Advocate General, in his address, expressed his condolence to the bereaved family.

Thereafter, Chief Justice expressed his condolence and paid tributes to departed soul who breath his last on 7th March, 2022.

Chief Justice said that Javed Ahmed Kawoosa was a thorough gentleman and a fine human being, apart from being an accomplished lawyer. He enjoyed a very good reputation at Bar. He was widely respected and was able to handle difficult cases with ease. He had represented the State Government, various Public Sector Undertakings, Autonomous Institutions and Insurance Companies in District Courts and the High Court.

Chief Justice further said that with the demise of Javed Ahmed Kawoosa, we have lost a noble soul and a lawyer of eminence. His untimely demise is an irreparable loss to the family and to the legal fraternity equally.

On the occasion, one minute silence was observed as a mark of respect to the departed soul. The participants prayed to the Almighty to grant eternal peace to the departed soul and bestow immense strength to the members of the family to bear this irreparable loss.

After the Reference, Court work was suspended for the rest of the day.