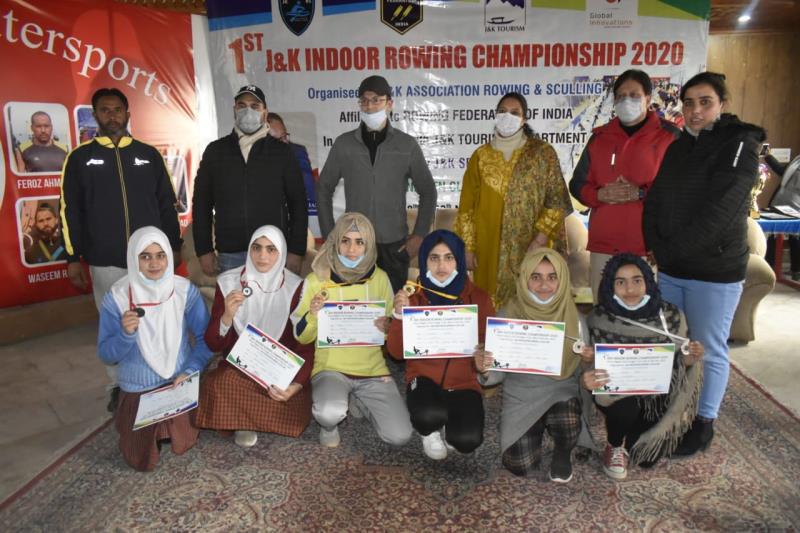 In a first, J&K level Indoor Rowing competition was held during which rowing machines were used. An indoor rower, or rowing machine, is a machine used to simulate the action of watercraft rowing for the purpose of exercise or training for rowing.

On the occasion, Director Industries, Kashmir, Mahmood Ahmad Shah who was chief guest distributed prizes among the winners.

Srinagar emerged as the winner with the maximum number of medals while District Bandipora bagged second place. However, Jammu District participated through online and bagged two medals. While all the other districts bagged one medal each.

While appreciating the organizers, Mahmood Shah said that he was impressed to see players from other districts participating in the water sports.

He said organizing indoor games during winters is a good initiative to keep youth physically active.