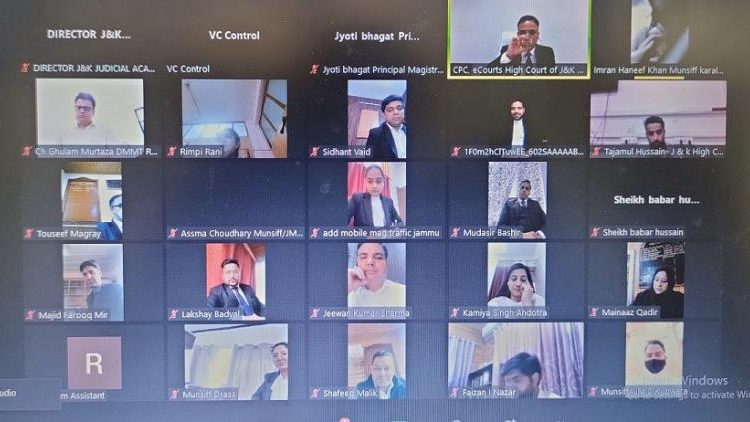 In his introductory remarks, Shahzad Azeem, Director, emphasized that technological advances can assist in improving institutional reforms and enhancing their impacts. He stated that in the foreseeable future, machine-learning and artificial intelligence shall work as “third impartial decision maker”. He also cited judicial precedents backing the use of ICT in justice delivery system and also advised the participants to make pragmatic use of ICT and contribute productively as harbingers of reforms in the justice delivery system.

Anoop Kumar Sharma in his deliberations, dealt with the topics in-detail and updated the knowledge as well as skill of the Judicial Officers by making them aware of usage of all ICT initiatives launched under e-Courts mission mode project. The trainee Judicial Officers were advised to keep themselves abreast of all technological advancements particularly those related with e-Courts initiatives. He also underlined the importance of incorporating the knowledge into their day-to-day court functioning, in order to effectively handle the case load and ensure efficient delivery of justice.

The resource person also gave a live demonstration pertaining to the handling and usage of National Judicial Data Grid (NJDG), Case Information System (CIS), and e-Filing for the benefit of trainee judicial officers.

Later, an interactive session was held during which the participants deliberated and discussed various aspects of the subject topic and raised queries which were satisfactorily settled by the resource person.

Sensitization programme held on “Contemporary Issues in Mediation, Role of Referral Judges in Process of Mediation”