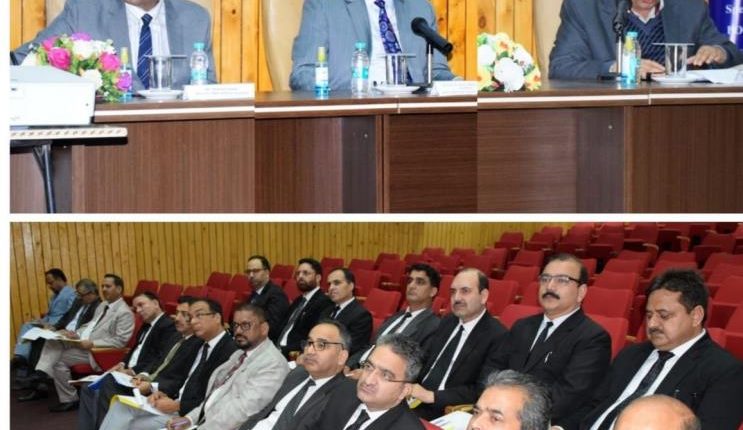 In his special remarks delivered in the inaugural session, Justice Rashid Ali Dar exhorted upon the Judicial Officers to consistently strive for excellence in all pursuits of administration of justice. He underlined the importance of continuous up-gradation of knowledge for enhancing judicial performance and encouraged them to work efficiently within the settled principles of laws while dealing with matters, particularly those relating to the liberty of an individual.

Justice Mohammad Akram Chowdhary, Judge, High Court of Jammu & Kashmir and Ladakh in his inaugural address, emphasized that justice delivery is an essential activity for maintaining order in the society and described Article 21 as being at the heart of the Constitution and the most cherished right in a civilized society paving the way for the triumph of justice by preventing encroachment upon personal liberty and deprivation of life except according to procedure established by law. He also underlined the indispensability of the concept and mechanism of bail in any criminal justice system as a saviour of the fundamental right to liberty as envisaged under the constitution.

He advised the participants to employ reasonableness and judiciousness while exercising discretion of grant or refusal of bail and exert restraint while laying down conditions for grant of bail simultaneously ensuring the right to speedy trial and access to justice in addition to due procedure and fairness.

Director, J&K Judicial Academy, Shahzad Azeem, presented welcome address and gave an overview of the programme. He stated that the legal system is constitutionally obligated to protect its citizen’s freedom and liberty as contemplated under Article 21, forming the background for the development of law relating to Bail which is an integral part of criminal jurisprudence. He highlighted the essence of bail as an interplay between individual rights and the collective interests of the society and referred to the general principle of presumption of the innocence of accused till proven guilty as well as the parameters governing the grant or refusal of bail.

In the first technical session, resource person Justice Rashid Ali Dar educated the Judicial Officers on basic principles, parameters and conditions governing bail u/s 437,438 and 439 CrPC. He also referred to the procedure involved in the process and extensively discussed case law on the topic

In the second technical session, detailed deliberations were made on provisions on bail under special laws including POCSO and NDPS Acts. The participants were educated on the concept of reasonable exercise of judicial discretion and the process of Order writing on the subject matter.

The training programme was mostly interactive during which the participants deliberated and discussed various aspects of the subject topic and raised queries which were satisfactorily settled by the resource persons.