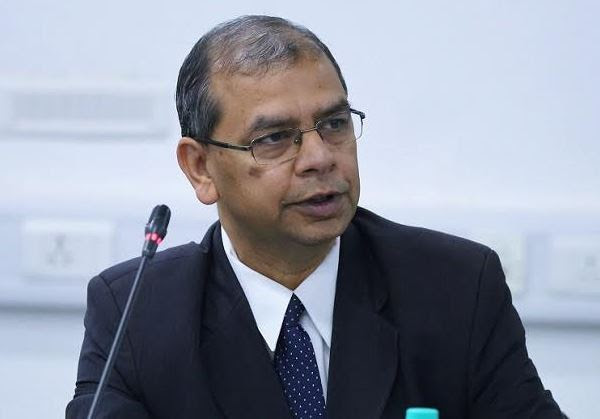 New Delhi: JK Lakshmipat University (JKLU), located in Jaipur, Rajasthan, a new-age University promoted by the JK Organisation with a 125 year legacy of philanthropy and nation building, has appointed Prof (Dr) Dheeraj Sanghi, reputed computer scientist and academic known for teaching and innovation at several Institutions like IITs, IIIT and Ashoka, as the next Vice-chancellor. His appointment signals JKLU’s move to join the ranks of handful of private universities which are working to bring world-class higher education to students in India.

With decades of teaching, research and academics leadership at leading Institutions such as IIT Kanpur, IIT Gandhinagar, IIIT Delhi, Ashoka University, and as former Director of LNMIIT Jaipur and Punjab Engineering College, Chandigarh, Prof Dheeraj Sanghi is known for his innovative ideas and student-centric approach. He also writes a very popular blog on contemporary issues in higher education, computer science and inter-disciplinary teaching.

“It’s an honour to accept this position and be part of building the most innovative University in India. Jaipur and JKLU are not new to me having led LNMIIT in its early years and being on Advisory Board of JKLU for several years. We are going to bring joy of learning and excitement of discovery in higher education for our students,” says Prof Dheeraj Sanghi, VC-Designate, JK Lakshmipat University.

“The induction of Prof Dheeraj Sanghi, an accomplished computer scientist, respected higher-education leader and proven institution-builder as the next VC, will accelerate JKLU’s journey to be one of the most innovative University in the country. With his energy, expertise and experience with inter-disciplinary teaching and learning, he will help bring global education and opportunities to students and faculty in India at JKLU,” shares Bharat Hari Singhania, Chancellor JKLU.

“It is my privilege to hand over the baton of leading the University to Prof Dheeraj Sanghi, an eminent academic in the field of technology and a seasoned institution builder. He is uniquely suited to take forward the mission of the University and build JKLU as one of the most sought-after institutions of higher education for students. I wish JKLU to grow multiple folds under his leadership and create a mark in the field of research and multidisciplinary education at global standards,” added Prof R. L. Raina, VC, JK Lakshmipat University.

Eminent academician Prof Dheeraj Sanghi is a Professor of Computer Science and Engineering at IIT Kanpur where he had also been the Dean of Academic Affairs from 2011-2014. He was a JEE topper who earned a B Tech in computer science from IIT Kanpur and PhD from the US, but returned to India to pursue a career in academics. Passionate about improving quality of higher education in India, prior to his stint at JKLU he was the Director at the venerable Punjab Engineering College Chandigarh. With a deep understanding of existing and future scope in higher education, Prof Sanghi has plans to make learning more interdisciplinary, connected with reality and focused on developing 21st century skills of critical thinking, collaboration and communication. “We want to have programs which combine multiple fields. And, we want to promote research that helps solve difficult problems of our world,” Prof Sanghi adds.

The University of Strathclyde, Glasgow is inviting applications for the MSc Advanced Biochemistry course starting in September 2021