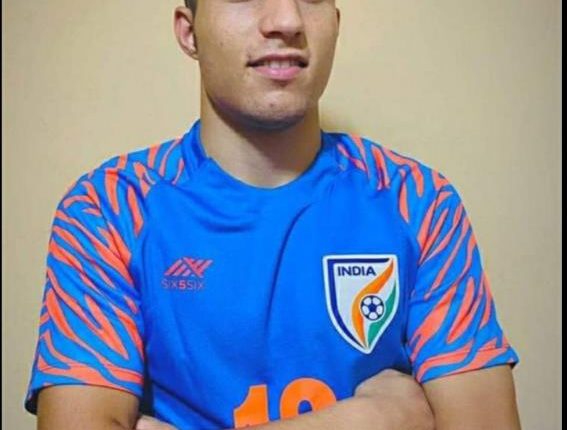 JAMMU : Since its inception J&K Sports Council Football Academy has been producing players of national and international level who have proved their mettle in several tournaments bringing laurels to the Union Territory.

Reshi Rajput, Sajad Hussain, Muheet Shabir and Suhail Ahmed are few such names who have exhibited their outstanding performance in Indian National team and ISL clubs. Every year around 60 players from JKSC Football Academy play in professional I-League under different age group tournaments against big giant clubs of the country.

In yet another significant achievement, Suhail Ahmad aged just 16 years has become the youngest player from J&K to make his debut in Hero in I-League for AIFF’s Indian Arrows Football team. Suhail is already part of Indian National Team U 17.

The striker came on in the second half for Indian Arrows against Sudeva FC that helped his team to register a win.

Advisor to Lieutenant Governor, Farooq Khan congratulated the young player and wished him good luck for his future endeavors.

He assured that the government will always remain at the forefront in encouraging and supporting players in every possible manner.

iednewsdesk May 14, 2022
Researchers have used a widespread species of blue-green algae to power a microprocessor continuously for a year…

University of Cambridge: Cambridge recognised once again as a Leader…

University of Strathclyde: Strathclyde and National Uni of Singapore…