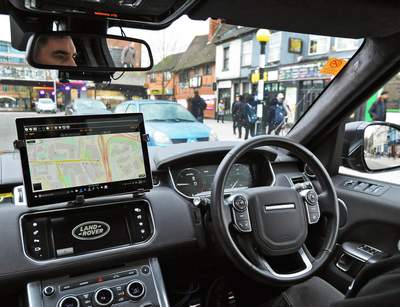 The connected car trials are exploring the benefits of having cars that can “talk” to each other and their surroundings, with connected traffic lights, emergency vehicle warnings and emergency braking alerts among the technologies being trialled (see full list of UK Autodrive connected car use cases below).

The JLR and TMETC autonomous vehicle research technology trials are being used to develop self-driving vehicle technology in a real-world setting, but with highly trained test operators supervising the cars at all times.

Furthermore, trials are scheduled to take place in Coventry and Milton Keynes early next year, followed by a final series of open road demonstration events in both cities during the second half of 2018.

“The fundamental purpose of UK Autodrive is to get connected and autonomous vehicle technology out onto UK roads, so the start of trialling on the streets of Coventry is clearly a major landmark both for the project and for the UK as a whole,” said Tim Armitage, Arup’s UK Autodrive project director.

“Our previous private test track trials showed that the technology works but it is only on real roads that we will start to see the scale of the benefits that it can bring to the general public.”

“This new technology is moving rapidly and this is an important step and one we are all very excited about. Autonomous and connected cars will be a reality in the near future and I am confident they will help to boost safety, reduce congestion and improve air quality. Along with battery technology they will also help to create thousands of new jobs in the automotive sector and its supply chain. It’s right that Coventry is at the heart of all of this innovation, so we are pleased that these trials are happening here,” Mr O’Boyle added.

As well as the on-road testing of connected and autonomous cars in Milton Keynes and Coventry, UK Autodrive is also trialling a fleet of up to 40 self-driving pavement-based ‘pod’ vehicles in Milton Keynes, with both types of vehicle due to take part in the project’s final technology demonstrations next year.

List of connected car features being trialled within the UK Autodrive programme:

Intersection Collision Warning (ICW) – Warns the driver when it is unsafe to enter an intersection, due to a high probability of collision with other vehicles.

In-Vehicle Signage (IVS) – Sends information about road conditions, congestion or other incidents directly to the in-car display, rather than having to rely on expensive gantry systems.

Electronic Emergency Brake Light (EEBL) – Alerts the driver when a vehicle in front suddenly brakes, providing advanced warning, especially when the driver is unable to see the lights of the braking vehicle due to weather conditions, road layout or other vehicles in between.

Collaborative Parking – Provides real-time information about free parking spaces either in the vicinity or close to the driver’s final destination.