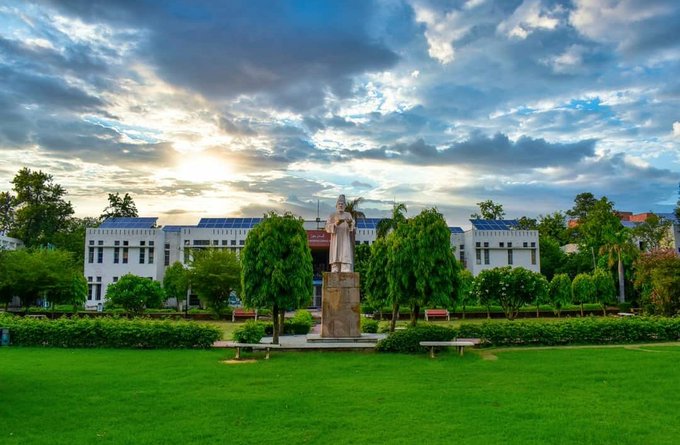 New Delhi: A Two-Day Online International Conference on “Confronting the ‘Global’, Exploring the ‘Local’: Digital Apprehensions of Poetics and Indian Literature(s)” was hosted by the Department of English, Jamia Millia Islamia from 21-22 December 2020 on Zoom. Supported by the Scheme for Promotion of Academic and Research Collaboration, Ministry of Education, Government of India, the conference was organised in collaboration with Michigan State University, USA.

Prof. Nishat Zaidi, the Head of English Department, JMI and the Conference Chair, in her
inaugural address, spoke about the conference as being a part of the larger academic
collaboration of the University under the SPARC scheme, which began in 2019 and aimed at
starting a conversation about digital humanities in humanities classrooms at Indian universities.

JMI Vice-Chancellor, Prof. Najma Akhter, welcoming all the international and national
intellectuals and research scholars from different disciplines, highlighted the importance of the emerging field of digital humanities and the possibilities it has for the future of humanistic inquiry in India.

Elaborating on the themes defining the conference, Dr. A. Sean Pue, Associate Professor,
Michigan State University discussed the kind of collaborations required for digital humanities practice to flourish in a multilingual space such as India. He especially foregrounded the disparities that mark the digitization efforts within the spaces of Global South and the Global North.

The keynote session included the address by Prof. Amardeep Singh who spoke about the digital editions of Henry Louis Derozio’s poetry and how thematic collections such as this allows him to imaginatively reconstruct the poetical geographies of Romanticism. Prof. Nirmala Menon’s address focused on how “E-Lit” has grown over the years. Yousuf Saeed elaborated on how the traditional mushaira form acquiring a cult status in India’s small towns because of remediation on YouTube. Michael Falk examined digital cultures through the tripartite model of the ‘canon, the cosmopolis, the archive, to reimage world literature as the sum total of all the literature in the world that could be mapped by computational methods. Prof. Roopika Risam’s talk underscored the sustainability of digital projects, elaborating on the open-access archives devoted to nonAnglophone Literatures.

The Plenary session on Day One included three presentations. Debashree Dattaray’s talk
explored the development of Indigenous value systems and the issues of research integrity and curriculum plans through the preservation of oral traditions by the Centre of Karbi Studies and  the Karbi Lammet Amei in Karbi Anglong, Assam. Parthasarthi Bhaumik enumerated the challenges and the transformative possibilities faced in curating digital archives in India and its positioning vis-a-vis the global scenario. Reema Choudhury’s talk discussed the historiographical account of thuggee through its cinematic representation in Hindi biopics using an epistemological approach.

The two-day Online International Conference saw a plethora of research scholars over the course of two days presenting on various facets of digital archiving, computing and technologies while also, emphasizing the disparities and inequalities involved in such practices, and ranging from the affordances provided by the digital medium for theatre, folk songs, and poetry readings to the communication

The Keynote Session on Day Two comprised of talks by Prof. Maya Dodd and Dr. Souvik
Mukherjee. Prof Dodd redirected our attention to issues of accessibility while Dr Mukherjee’s talk enumerated on the conception of agentiality and meaningful actions by analysing video games.

Embracing an international audience with the different time zones, the virtual two-day
conference concluded with the valedictory function by Dr. Dhanashree Thorat. The research
scholars of English Department, JMI, Zahra Rizvi and Asra Mamnoon read out the conference report, following which, a formal vote of thanks was delivered by Mr. Roomy Naqvy, Co-PI of this MHRD-SPARC funded collaboration between JMI and MSU. To ensure a wide range of viewership and participation, the entire conference was also live streamed on YouTube.