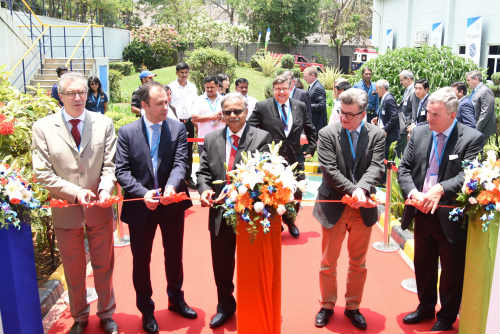 Launching the improved facility, Jean Vernet, President – John Crane Group, said, “We are investing in new machine capacity that will be implemented in the second semester of the year. We will also install 7 CNC machines and add 14 operators. In all, these would represent an investment of GBP 1.5 million.”

John Crane was established in India in 1995 at Chennai. It set up its Bangalore facility in February 2006. The gas seal facility was launched in April 2007 for testing low-pressure seals. The new upgraded facility will test higher pressure, size and RPM, catering to market demands in the coming years.

Chicago-headquartered John Crane over the years the company has developed dozens of revolutionary products and processes, including the first automotive mechanical seal; the end-face, elastomer bellows shaft seal; seals for high-pressure and corrosive applications; and non-contacting technology for pumps handling environmentally hazardous liquids. By pioneering the development of gas seals in the late 1960s and into the 1970s, John Crane revolutionized the performance of modern day centrifugal compressors.

Today the company is the market leader in mechanical seals for pumps and compressors, and a trusted source for optimizing the reliable and continuous performance of mission-critical rotating equipment across all process industries. John Crane India has a workforce of 350 employees.

Why Industry in Classroom Approach  is better than Conventional Classroom Education