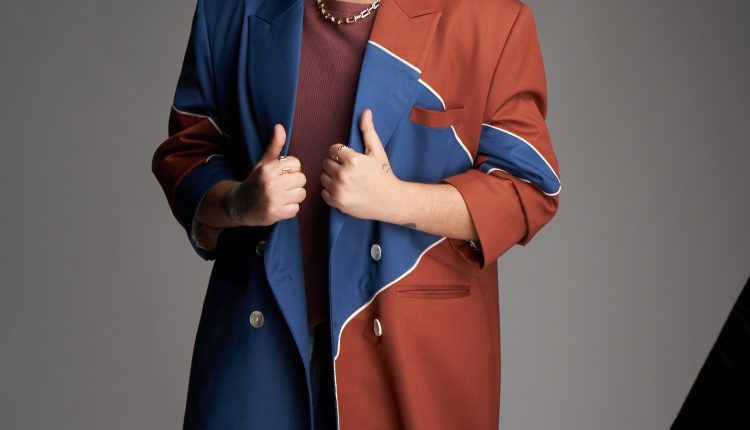 Mumbai : Today on World Tuberculosis (TB) Day, Johnson & Johnson India (the Company) announced the launch of a youth-focused, digital-first initiative #BeTheChangeForTB as part of its commitment to the Corporate TB Pledge, a joint initiative with the Central TB Division, Ministry of Health and Family Welfare in India, and United States Agency for International Development (USAID), supporting the Indian Government’s goal to end TB. Bollywood actor Vaani Kapoor has been appointed as the face of the initiative.

Youth represent a vulnerable population in the fight against TB. Despite this risk, young people are less likely to seek care due to a lack of awareness of TB symptoms, the stigma associated with the disease, structural barriers in accessing complex health systems, and lack of family and social support, leading to millions going without a diagnosis. As an estimated 30 percent of the total TB cases in India are in the age group of 18-30 years, this initiative aims to create a cadre of Youth Changemakers who can act as catalysts of change to help eliminate TB from the country.

Through social media, chatbots, and more, the #BeTheChangeForTB initiative aims to increase awareness about the disease, build youth engagement and participation and improve health-seeking behaviour in support of the Government’s vision of a TB-free India. Joining Vaani Kapoor to inspire Indian youth to join the movement through a rap song is Kunal Pandagle, also known as Kaam Bhaari, a young Indian hip-hop artist and lyricist (here is the link to the launch rap song)

The #BeTheChangeForTB initiative addresses the youth of India as they are best positioned to be the torchbearers in driving behavioral change amongst the public, which can significantly scale up the fight against TB. The initiative will also bust the common misconceptions around TB and communicate the right messages around the diagnosis and treatment of the disease. The communication and social mobilization aspects of this initiative would entail various online and on-ground interventions including working with state and district health departments, National Tuberculosis Elimination Programme (NTEP), and local communities.

“Every individual and every organization has the potential to make an impact in the fight against TB,” said Sarthak Ranade, Managing Director at Janssen India, the Pharmaceutical Companies of Johnson & Johnson.[1] “We invite people everywhere to join us in our mission of reducing the burden of TB by raising awareness in your community and advocating for health-seeking behaviour. With the power of multi-sector partnerships, coming together in numbers and uniting under one common cause, we can help turn the tide against this devastating disease – once and for all.”

This initiative, in support of global efforts to help find the missing millions of people living with undiagnosed TB, is part of Johnson & Johnson’s 10-year initiative to help drive progress toward the United Nations Sustainable Development Goal of ending this deadly, but preventable and treatable, disease by 2030.

Vaani Kapoor, the actor, said, “The ongoing pandemic has reversed years of global progress in tackling tuberculosis and for the first time in over a decade, TB deaths have increased. In India itself, every single day TB claims the lives of more than 1300 people, despite treatment being available free for all. It is imperative for all of us to come together and make a difference. I am honoured to be a part of the ‘Be the Change for TB‘ initiative and I appeal to the youth of the country and around the world to join this movement and be changemakers by spreading verified information on treatment and encouraging people to seek early care. I am confident that together we can reduce the burden of TB in India.”

Sharing his views, Kaam Bhaari, rap artist, shared, “I have always believed that music has the power to change the world. I am humbled to be part of the public health initiative, ‘Be the Change for TB’ to empower youth, create awareness and improve health-seeking behaviour. I am certain that this will create a group of changemakers that will spread awareness around the available treatment and contribute to making India TB-free.”

Tuberculosis is one of the oldest infectious diseases and continues to be a major health concern in India accounting for 26 percent of the world’s TB burden. Despite being a curable disease and treatment being available free of cost for all citizens under the Government’s National Tuberculosis Elimination Programme (NTEP), more than 1300 (one thousand three hundred) Indians lose their lives every day from TB and up to 400000 (four lakh) TB patients remain unreported each year. COVID-19 has further worsened the situation as several diseases, including TB, received lesser focus with the majority of efforts being directed towards containing the COVID-19 pandemic.

Collaboration is essential to maximize the impact of these programs and drive new learnings. To that end, through initiatives like the #BeTheChangeForTB’, Johnson & Johnson is convening some of the critical players across TB, youth services and global health to advance solutions to engage and activate youth in the fight against TB more efficiently.