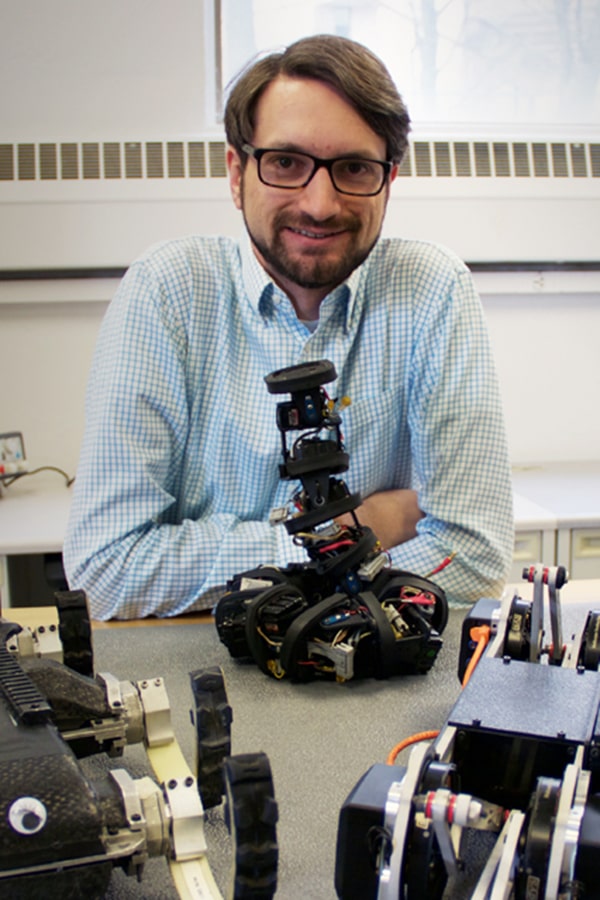 Aaron Johnson, assistant professor of mechanical engineering at Carnegie Mellon University, was awarded a CAREER award by the National Science Foundation for his work on robot mobility. The awards, which are part of the Faculty Early Career Development Program, are given to people early in their careers who are believed to play a part in furthering their area of science. The awards support their research and educational goals.

Johnson’s research seeks to improve a robot’s ability to walk, jump and grasp. Currently, robots aren’t bad at moving — if they’re in a carefully controlled environment with known terrain. Johnson wants robots to be successful without this prior knowledge so they can adapt to changing conditions. He plans to create a new control generation that is better equipped to handle these challenges. The changing conditions will be a closer match to the real world, increasing robotic applications, which Johnson says could be found in the healthcare, environment and manufacturing industries. The award also details a plan for K-12, undergraduate and graduate outreach through robotic activities.

ADB to Invest up to $40 Million in GGU Green Bonds to Upgrade Water, Sanitation in Georgia