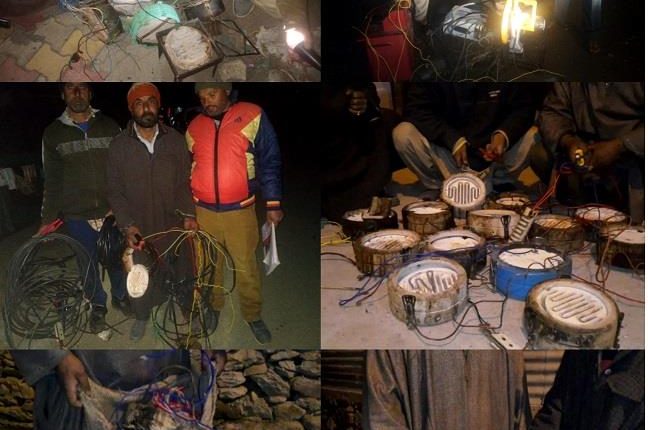 During the drive, the team confiscated heaters, boilers & other illegal heating appliances from various houses.

The drive was carried out following reports of power theft and illegal connections in Banihal & adjoining areas.

The Department has also made some modifications in the curtailment schedules in feeder wise category and restricted curtailments for day time only between 6.00 am to 6.00 pm to make power available in all areas especially during the Sehri & Iftaar times.

The Department has urged general public to use power judiciously during peak load hours including Sehri & Iftar.

As per the department, the confiscated heating appliances seized during the drive indicate that many people are violating the authorised power load and putting the general masses to great distress as they have to face hardships due to frequent power breakdowns. Moreover, this unprecedented overloading has forced the Department of STD to revert to the earlier curtailment schedule since the power system is unable to bear and sustain the present levels of load.