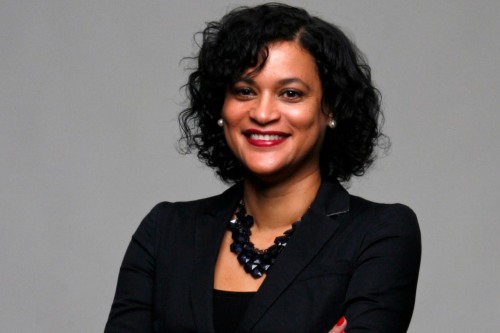 Juliet Hooker, a professor of political science at Brown University, will deliver a virtual Presidential Faculty Award lecture on Monday, Dec. 7. Her presentation, “Between Fact and Affect: Ida B. Wells and Harriet Jacobs on Black Loss,” will address the ways in which two Black woman thinkers made visible and grieved the losses suffered by Black communities in two different historical eras — and it will outline what lessons they might offer contemporary activists.

Hooker, whose research has drawn connections between racial justice movements throughout the Americas, has seen her work elevated into national and international spotlights this year in the wake of the deaths of George Floyd, Breonna Taylor and other Black Americans at the hands of white police officers. In her much-cited paper “Black Lives Matter and the Paradoxes of U.S. Black Politics,” published in the journal Political Theory in 2016, Hooker presciently argued that the widespread criticism that Black Lives Matter rallies were too violent or too radical were reminiscent of similar condemnations of civil rights marches in the Jim Crow era.

Hooker’s presentation on Dec. 7 will focus on Black grief, a concept she will explore as part of an upcoming book on political loss. Specifically, it will examine how Black activists and scholars characterize loss in their advocacy work.

“Activists often confront the question of how to represent losses in their work — not only how to mark them and present them, but also to call attention to them in order to compel other people to mobilize,” Hooker said. “When you make that move from grief to grievance, how do you do it? Do you represent these losses in a kind of unsentimental mode that’s focused on fact, or do you represent them in a personal, emotional way and focus on affect?”
The question of how to represent Black loss — particularly to mobilize white solidarity — is one that generations of Black leaders, including Frederick Douglass and W.E.B. DuBois, have confronted, Hooker said. In her presentation, she hopes to shed light on how two of those figures’ most prominent female contemporaries — who have received comparatively less attention — wrote in uniquely complex, nuanced ways about balancing grief and grievance. Both Jacobs, a 19th-century enslaved woman-turned-activist whose autobiography is now considered an American classic, and Wells, a pioneering journalist and civil rights activist who focused attention on lynching in the U.S. in the early 20th century, notably paid homage to life as well as to loss, Hooker said.

“I think Wells and Jacobs were hugely important thinkers in their respective times, and they haven’t been given their due,” Hooker said. “They not only observed the costs of living and experiencing loss as Black women in a patriarchal, white supremacist society, but they also made space for narrating and representing Black life and Black community outside the context of violence.”

Both Wells and Jacobs described how Black communities found ways to survive and even thrive, Hooker said, in the midst of discrimination, violence and loss. She believes their work is important to remember today, as Black communities and their allies continue to fight for justice.

“People who are fighting for an end to police violence and mass incarceration need to recognize the importance of self-care, both at an individual level and at a community level,” Hooker said. “Yes, these struggles are important work. But just as important is thinking about what is needed for Black communities to survive and endure as they continue to fight for change.”

The Presidential Faculty Award lecture will take place on Monday, Dec. 7, at 4 p.m. The virtual event is free and open to the public. Attendees should register in advance for details on how to access the event.

The Presidential Faculty Award was established in 2013 by Brown University President Christina H. Paxson to recognize members of the Brown faculty who are conducting especially important and innovative scholarship and to create an opportunity for recipients to present their work to colleagues in other disciplines. Two recipients are selected for the academic year, one for each semester. Previous recipients include C.D. Wright, Charles Larmore, David Berson, Nitsan Chorev, David Kertzer, Jill Pipher, Jesse Shapiro, Bonnie Honig, Anthony Bogues, Amanda Lynch, Michael Littman and Shahzad Bashir.