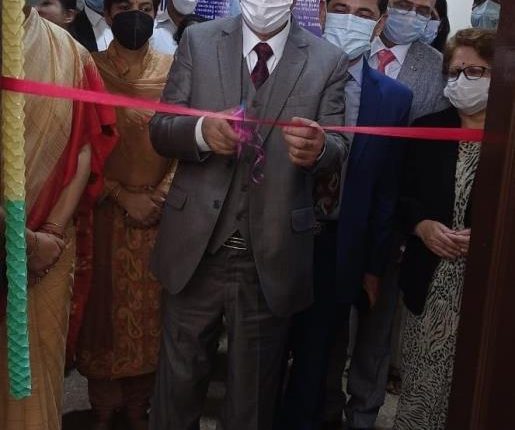 The prime objective behind this significant and timely initiative is to provide relief to the masses across the district in filing cases in the High Court through virtual mode with the help of DLSA Samba. The Kendra will ensure effective delivery of legal services at the doorsteps of the litigant besides it shall be dedicated to serve the common litigant as a one stop centre for all his/her court related needs.

Immediately after inauguration of Vidhik Seva Kendra, a petition was received for filing from Advocate Hitesh Sharma which he e-submitted to the High Court for processing.

The meeting was attended by Sonia Gupta, Anuradha Gupta and representatives of concerned departments.

The meeting had a detailed discussion on several issues concerning the Building and Infrastructure of Judicial Institution at Samba.